Last week we confirmed that Call of Duty: Modern Warfare 3 would be playable at this year’s Eurogamer Expo, sure enough the game was there when we attended the event yesterday and we got some hands on time with the new Survival mode, however there were only two maps to try out – Dome and Paris. At the event there were roughly 30 HDTVs hooked up to Xbox 360s with Turtle Beach headsets and players could link up with the player next to them to take on the Survival mode.

We spent most of our time playing on the Paris map and after two poor attempts we managed to work out some tactics and start firing our way through wave after wave of the enemy. Like in Zombies you start off with just a pistol, however what is good about Survival is the fact that you can pick up weapons from downed enemies – this is great in the early rounds when you have no money and you should have no trouble getting your hands on a shotgun. Ammo on the other hands is something which you have to keep an eye on, weapons you pick up don’t tend to have many bullets left – so you will find yourself running over the enemies you kill in an attempt to get hold off more ammo.

In terms of gameplay and graphics you can tell that this is a Modern Warfare game as soon as you pick it up – the enemy AI and animations are similar to before and the weapon sound and visuals are great – in fact the sound probably blew us away more than the graphics, but that’s because we expect impressive graphics from Modern Warfare games these days. There is nothing really unique about MW3’s gameplay, however Survival mode does get quite tactical the further you progress – this makes having a headset and talking to your teammate vital. 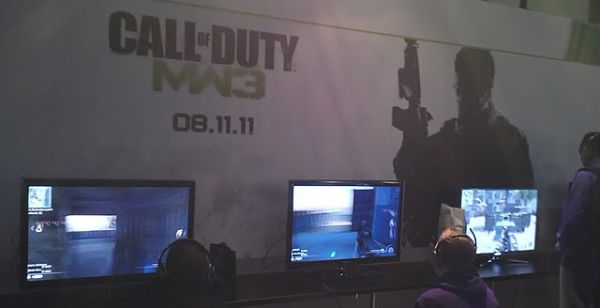 Early on you will find it extremely easy, and like in Black Ops zombies you can get away with stabbing a lot of enemies, however dogs came after us at approximately round 4 and they are accompanied by a fleet of soldiers, which means you not only have to avoid gun fire but you also have to watch out for dogs pouncing on you. Approximately 6 rounds in you have two helicopters to shoot down – this forces you to use one of the three armories to buy something to take down these choppers, the predator missiles done the job for us! 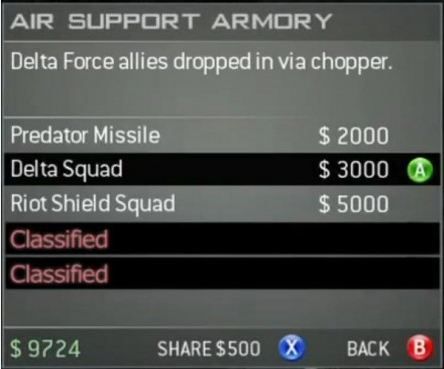 We didn’t have much time to get further than wave 7 or 8, but we found that claymores came in very handy if your teammate was downed and you were left with a barrage of enemies to deal with – this is the only time which we felt the pressure build up, but we are sure that later waves of enemies will really test your skill and get your blood pumping.

During our hour or so with MW3 we were blown away by just how smooth things were running despite the fact that the game is still over a month away, in fact we would go as far as saying tat Survival mode is ready for release – it’s just a shame that we didn’t get to try out the campaign and standard multiplayer to see how these aspects of the game fared.

We think that all in all Modern Warfare 3’s Survival Mode will be a popular addition to the game, however it is in our opinion nowhere near as good as zombies – in zombies you have easter eggs to investigate, up to four players in a game, the mystery box, routes to open up, unique maps, far-fetched weapons and much more – whilst MW3 Survival is quite linear in comparison, but we only got to play early waves so perhaps things get better the further you get. We must say that the game’s sounds paired with the Turtle Beach headset was a great combination.

The video below gives you a taster of what you can expect from the Paris map.