If you love the Olympics and will be on the move for most of today and tonight, then you might want to get prepared with some apps for the latest coverage. We have tracked down some iOS and Android apps that feature details on the 2012 Olympics opening ceremony start time, a live video stream, maps, and amazing photos taken from well-known photographers.

There has been a lot of changes since the last event and of course the biggest difference is the location of London in 2012, although there are major changes with mobile apps as well. More people use smartphones in 2012 and the majority of devices run on Android or iOS, although the biggest selling single phone is the iPhone. 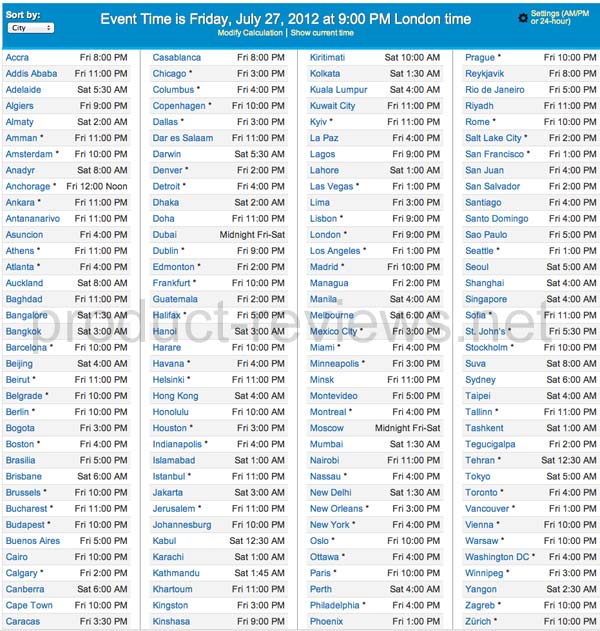 Our first featured Olympics app is officially by The London Organising Committee, and helps you “Join In” the fun from your iOS device (on iTunes) and Android device (on Google play). This app provides a wealth of information, which includes further details on the Olympics opening ceremony time, event listings that are broken down by hour, locations for big screens around London, searchable maps, Augmented Reality, and also live updates with photos and news.

CTV Olympics London 2012 is another free app that delivers live video coverage for those of our readers in Canada. You’ll also find an exclusive live video feed of up to 15 Olympic events, which showcase up-to-the-minute results and highlights. You will need to be connected to Wi-Fi to use the video feature, so that is the only downfall with this application. 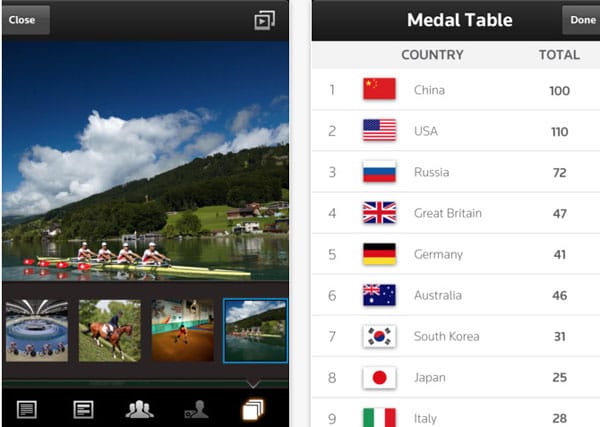 When it comes to news one of the most trusted brands is Reuters, and they also have an app titled “Reuters Olympics London 2012“, which can be found on iTunes here. Verizon 1.1 had been launched 6 days ago and integrates better with Apple TV, and features improvements to the user interface. This app will provide you with the best photos taken live at the Olympics, so it is a great way to experience the news in a visual manner. You will also find the Olympics medal table by country for the 2012 event, which is a handy feature within this free app.

Two other apps for iOS users include Sports Illustrated Live and London 2012: Official Results App, which also keep you informed with the latest updates while not at home or close to a television.