Earlier this year we discussed how the 2015 Ford Troller in Brazil could have been an ideal model to be released in the USA as the next Ford Bronco, but that was never going to happen. To rub salt in the wounds even further, the Brazilain car manufacturer now has the Troller T4 concept, and this will be an even more desired model as the 2016 Ford Bronco release candidate, but again, it will not happen.

This SUV is everything a next-generation Ford Bronco should be, and a perfect rival to the Jeep Wrangler, which we already know is due for an all-new model in 2017. The Troller T4 is due to be teased during the upcoming Sao Paulo Motor Show, although we would much rather be talking about it coming to one of the top Auto Shows in the United States, albeit under the name Bronco. 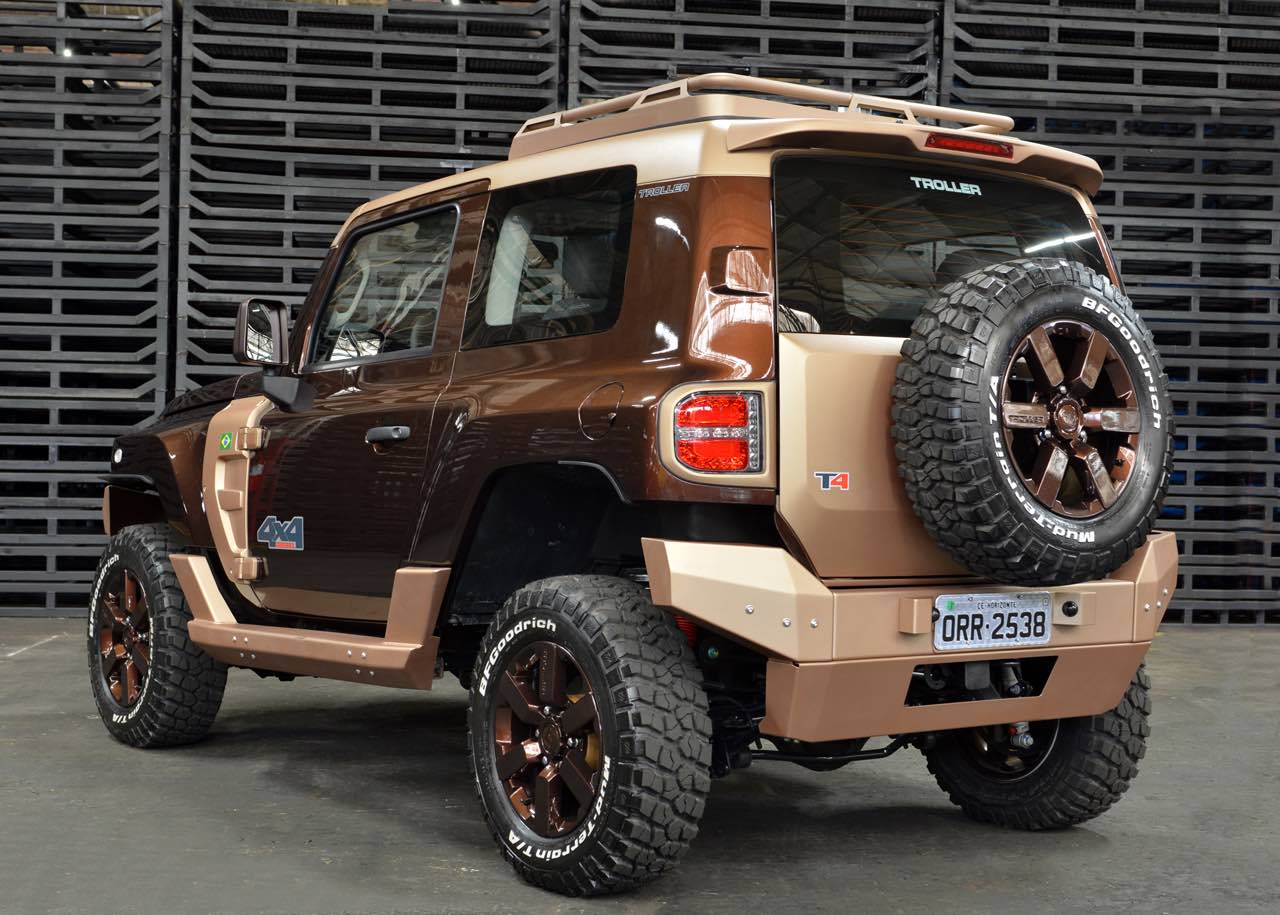 Looking at the Troller T4 we can see a few upgrades over the standard edition, such as a snorkel to allow it to get through even wetter environments, which comes with knobbier tires to get through the mud, and also a winch and upgraded bumpers.

The Troller T4 is certainly a bad-ass truck and would be an ideal candidate to take on the Jeep Wrangler, if only it would be able to be sent up north, if it came with upgraded safety standards, as it seems such a waste just for Brazil to be enjoying this vehicle.

If Ford were ever to release a new Bronco, do you think it should look like the upcoming Troller T4?