It’s been a long time coming but as you may or may not know Xbox 360 and PlayStation 3 gamers are about to be given a treat. Not only is the official Rugby World Cup 2011 video game, the first video game for this sport, coming to the popular consoles but the demo has been announced and is due to release in early August.

The announcement came from 505 Games, the publisher of the game and developer of HB Studios, yesterday. They said fans who have been hotly anticipating the video game can expect to get their hands on it when it goes globally on the PlayStation 3 August 3rd and on the Xbox 360 August 2nd. The full version is expected to launch August 26th.

The demo features top rugby nations South Africa and England, taking place in Auckland, New Zealand, as gamers and avid rugby fans are reminded about and get to experience the epic battle which the two nations were a part of in real life not so long ago. It was one of the most historic and memorable rugby events to happen in the past four years. 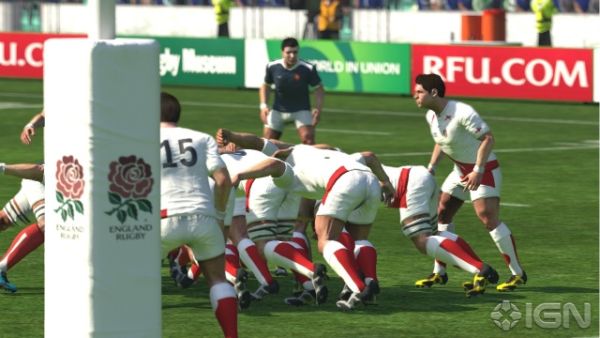 According to IGN, in the full version of the game itself, players get to choose from 20 participating teams as they attempt to take on the other nations through the pool phase, hoping eventually to progress to the final of rugby’s most prestigious tournament where if victorious they get to lift the Webb Ellis Cup.

The game’s developers have focused a lot on things like venues, player personalities and national rivalries in order to give the most true to life experience of the sport. Players also get a lot out of the multiplayer side of the game, which has also been a main focus. Up to four players can participate locally against each other or participants can take on nations online in head-to-head matches via PlayStation Network or Xbox LIVE.