Sony has given PS4 users a treat by unveiling a list of official PS4 3.0 firmware update features so far that will be coming with the next PS4 update – codenamed Kenshin.

We recently told you that Sony had opened up a beta program to test this update and now Sony says that they have officially opened up the beta as of September 1.

You’ll be pleased to hear that one of the major features coming is online storage upgrade from 1GB to 10GB for every single PS Plus subscriber.

Another major feature coming is YouTube live on PS4. Now once 3.0 is available you will be able to stream your gameplay live on YouTube, which will be broadcast on the new YouTube Gaming hub that recently went live. 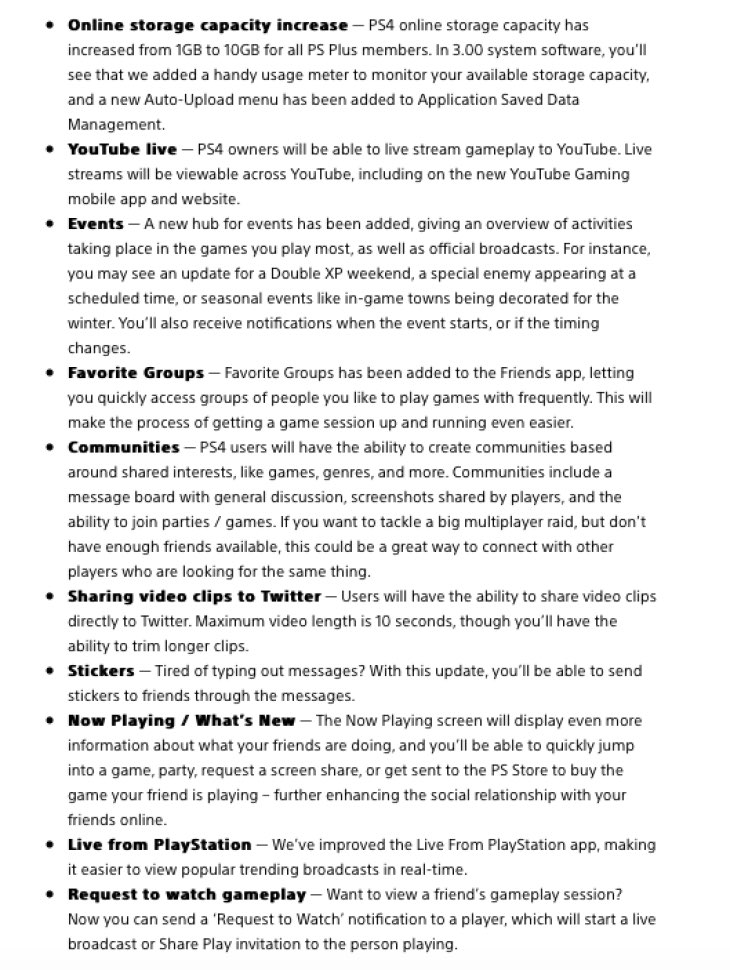 One feature that we are particularly looking forward to is PS4 Events. This is not only going to put the official Sony events in one place, but also individual gaming events too, such as Double XP for Call of Duty and Battlefield which sounds really promising.

As we told you before, users will also be able to share videos to Twitter using the PS4 Share button. Communities is arriving too which allow gamers to set up groups with a message board, share screenshots and join games together.

You can read the notes above for further details. Remember that this is just the list so far – Sony states that they have more features on the way, let’s hope that online/offline friends notifications for PS4 is one of them!

Give us your reaction to the partial feature list above, are you looking forward to this update?