Back in December last year, Sony announced that it would be bringing an official PlayStation app to both Android and iOS. Although we didn’t know when exactly it would be arriving, we have just received news that it is now available to download.

According to Tom Hopkins at nowgamer.com, Sony has now launched the app, and it’s available to download on both the Android Market and the Apple App Store. The app allows users to check out all their PlayStation Network trophies, right from their smartphones. 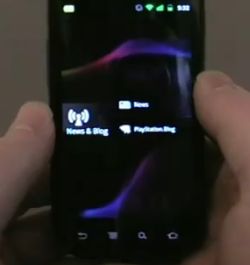 Version 1.0 also allows you to keep up to date with all your friends’ games and online statuses, and read all the latest announcements on the European PlayStation Blog. The app is currently available to download in The Netherlands, Italy, Germany, Spain, France and the UK.

Other European countries will be receiving the app soon. While the app does have some pretty neat features, there is a few that Sony unfortunately left out. For example, the PlayStation Official App doesn’t enable users to send and receive messages via their PSN account.

You can read more about Sony’s PlayStation Official App via itunes.apple.com. We even found a video walkthrough courtesy of Sanii Mandred over on the gamersheep.com website.