We have some more MKX news for you now. Previously we told you that the confirmed Tanya release date for MKX would be June 2. Now NetherRealm has said that one day before her release will be when we get to see the first official Mortal Kombat X Tanya gameplay too.

Considering that Tanya’s bio has already been in the game for a few weeks there’s a lot of excitement in the air on another female character becoming playable, and of course how she will match up to the likes of Kitana, Cassie Cage and Sonya Blade. 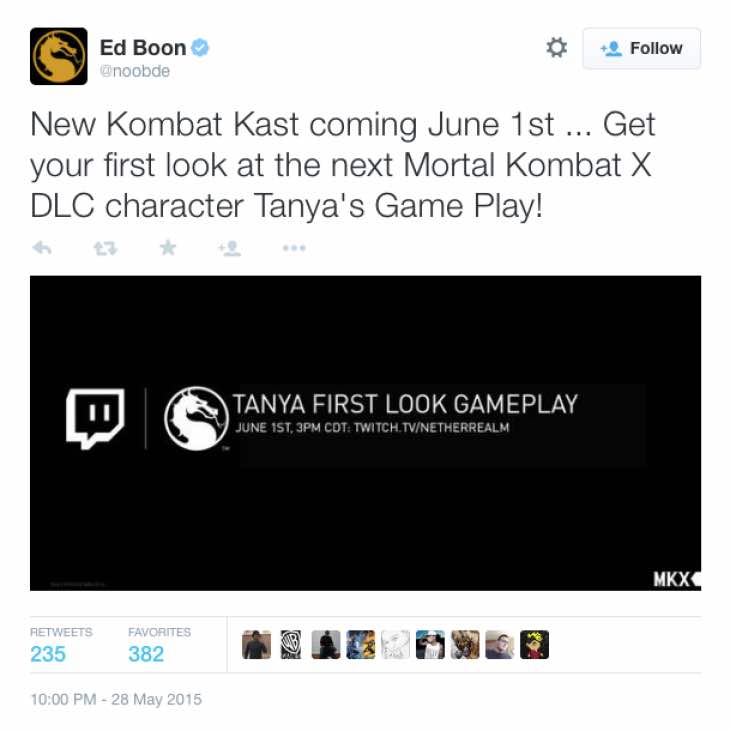 Fortunately four days is all you have to wait, as NetherRealm will also be showing off Tanya’s fatality in MKX too. We are expecting to see something really nasty as usual, but hopefully she has something really unique too for her finishers to mix things up.

To watch the gameplay live, tune in one June 1 at 3PM CDT, to the NetherRealm Twitch channel. For those on Pacific Time that means 1pm Pacific Time and 4pm Eastern Time.

Let us know your expectations on Tanya. Do you think she’ll become one of the top tier characters or not?