Back in November 2010, Adafruit Industries offered a bounty for the first person to develop an open-source driver for Kinect, a week or so later one developer accomplished this and now we are seeing neat Kinect hacks for a wide-range of usages, from controlling World of Warcraft to creating a virtual keyboard the possibilities are pretty much endless, now we are hearing that Microsoft will soon launch the official Kinect driver for Windows. 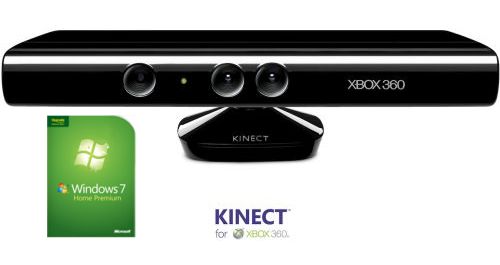 This news has not been officially confirmed, however WinRumours claim that driver support and an SDK (software development kit) will arrive “in the coming months”, this will allow developers to create apps and games which fully utilize the Xbox 360 motion sensor when it is plugged into a Windows-based PC.

As EuroGamer point out this will fit in nicely with the next major Windows release, apparently Windows 8 will support gesture-based controls, therefore by linking up Kinect with current versions of Windows it will allow developers to gain experience with what is still a relatively new way of interact with software.

It will be interesting to see whether Microsoft’s official drivers will truely unlock Kinect’s full potential, let’s just hope developers won’t have to wait too long for them.

Would you be interested in linking up Kinect with your PC? If so, what would you use it for?