Ok guys, there were rumors earlier in the week surrounding a Dead Space 2 demo being released before Christmas. When producer Steve Papoutsis was asked “Can a demo be released as a Christmas gift for us all?” Steve’s response was “A lot of people are asking that question. Gonna have to do some thinking about that.” At the same time he drew a deep breath whilst clenching his teeth. Well now it has been confirmed.

Brilliant, he knew perfectly well it was coming and the demo was probably ready at that point. Yet he let us believe that it may or may not be on its way. The official demo will be available on December 21st in the US and 22nd in the EU on the PlayStation store, this is a full 5 weeks before the release late in January.

So what will you be able to do in the demo? You will get to experience the new advanced suit, use a variety of the new weapons. Something I haven’t seen it mentioned anywhere is playing the online multiplayer mode but I am quite happy with a look at the story. 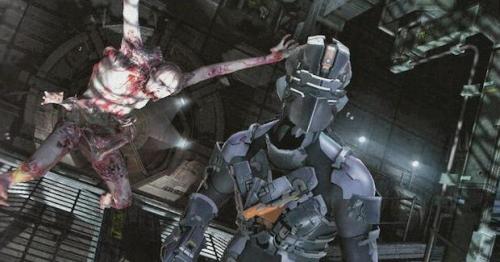 A lot of you are probably thinking that this was an instant buy already (as was I) but now we get a taster before the release which is fantastic. I guess this means Merry Christmas from EA, thanks guys.

Are you going to download the demo? Let us know in the comments below.