We already had a rough idea on the pricing for the Arrinera Hussarya, but the Polish supercar startup has since made things more official and has even offered news on the availability of the Hussarya. However, there is going to be more than one version of this budget supercar, with the first run due to start production in late 2015.

It has been almost five years since we saw the very first Hussarya concept sketch, and so this has been a long time coming. The first Hussarya will be a Limited Edition model and will consist of just 33 units, which will have a price of â‚¬200,000, which converts to around $273,000.

Motor Authority reports that there is to also be a regular version of the Hussarya, with its price being â‚¬160,000, which equates to around $218,000, which is certainly cheap for a supercar. 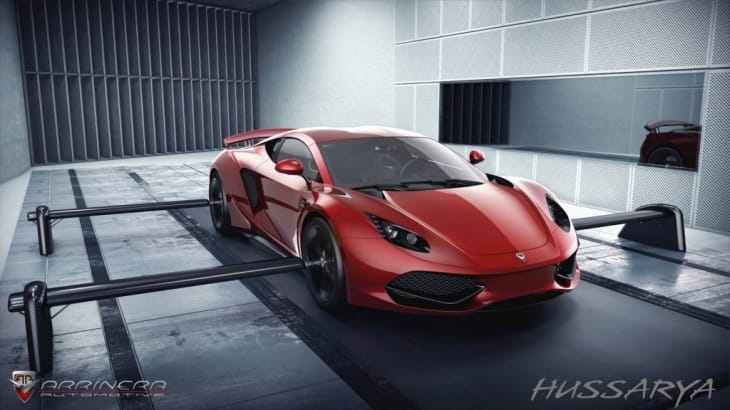 Arrinera is to start testing the Hussarya from October, and so we expect to see several spy shots ahead of the final production version being shown off in all its glory this year as well. We cannot be certain if this will be at a secret event, or if it will be at a huge auto show.

Arrinera Hussarya competitors will wait in anticipation to see what kind of threat the budge supercar poses, as the Arrinera Hussarya price and specs do seem as though they will offer the Mclaren 650S, Ferrari 458 Italia, and the Lamborghini HuracÃ¡n a run for their money, although the new 2015 Chevrolet Corvette Z06 delivers the same sort of power as well.