Detail of the 2017 Ford Shelby GT350 Mustang had already been shared in February, although this was not official. However, Ford have deiced to release the official details of the changes, and everything that was shared was spot on, so we thought we would go over those package changes.

Ford will now allow their customers to build their 2017 Ford Shelby GT350 Mustang cars the way they want to, and the changes that are now available to them do make for some impressive improvements.

One of the main benefits with the 2017 model are the performance goodies. Before you had to purchase the Track Package in order to get extras such as MagneRide active dampers, aluminum strut tower brace, rear decklid spoiler and extra coolers was optional. However, all of these features now come as standard. 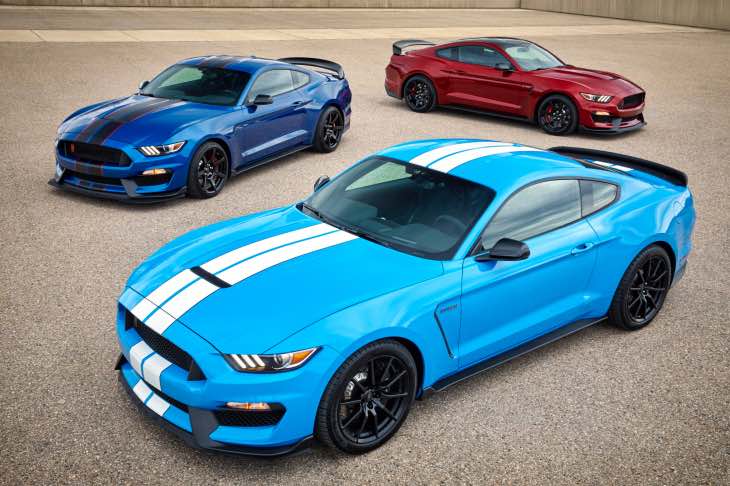 So in this new package you now get Sync 3, along with a 9-speaker audio system and navigation. The Convenience Package offers the same as the Electronics Package, but also adds leather power-adjustable sport seats.

It’s not just changes to the package that Ford have worked on with the 2017 Shelby GT350 Mustang improvements, as there are also new colors that include Grabber Blue, Lightning Blue and Ruby Red Metallic. Sadly, Deep Impact Blue and Competition Orange are no longer an option. For full details please visit Ford.