The release of Office for Mac 2014 never materialized and so left us wondering what was happening with the office suite for the operating system other than Windows. Well, there could be an answer coming very soon because a recent leak shows that Office for Mac could get a possible 2015 release date.

Microsoft has yet to release any official news, but a recent leak shows images of what could be Office for Mac OS X, and the appearance of such images could prove that the public release could be very soon. 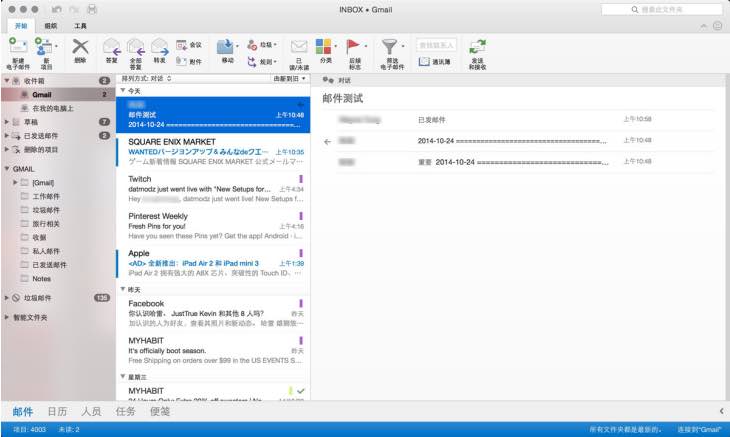 You can seen the screenshots on this Chinese website, one of which shows a supposedly Office email client for Mac. We are told that the software has been optimized to support Retina, so perfect for the MacBook Pro and iMac Retina models. Outlook is said to support Notification Center, which is Apple’s pop-up alert system.

Looking at the images you will see that the next Office for Mac has a cleaner look, so keeping with the new OS X 10.10 Yosemite update. We do find rumors of its release to be later this year optimistic at the most, and suspect it will happen early next year instead. However, we could be wrong and Microsoft could make a shock announcement, as they have done in the past.

When do you think Microsoft will release the next Office for Mac and what would you like to see changed over the 2011 version?