One new social app has become available for users to download, an app that is perfect for getting in touch with old friends after the 2014 new year. The Odnoklassniki app for Android, iPhone however appears to be be tailored for Russian users only though, and we’ve already seen demand for there to be an English version available as soon as possible.

Odnoklassniki is proving to be one of the most popular apps to download on the App Store or Google Play Store at the moment. This app is tailored for using to recontact old classmates, but the other features of the app such as a built in music player is starting to attract general social fans too.

Reminiscing with friends, whilst listening to your favorite music can become a very popular trend, which is why there should be an Odnoklassniki app built with the English language too. At the moment it’s Russian only and there’s some complaints on the Google Play listing about the fact that there’s no English version. 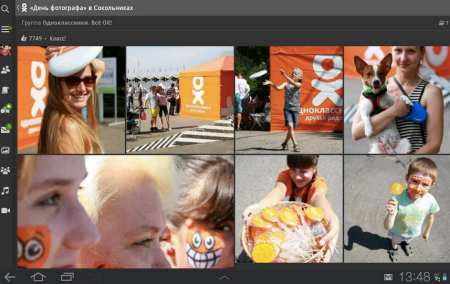 Given the popularity of the app though, we wouldn’t be surprised if an English version is made in the future – finally making the Odnoklassniki app for Android, iPhone available to UK and US users.

The app even has a multimedia note functionality, allowing users to create notes filled with quizzes and other fun information, highlighting a select number of friends on each note. These outside of the box features are what is attracting everyone to Odnoklassniki, so let’s hope that we see an English version soon.

Have you been using the Odnoklassniki app for Android and iPhone already, or are you specifically waiting for the English version to arrive?