OCZ Technology Group is one of the leading in the design, distribution and manufacture of reliable high performance SSD (Solid-State Drives). Founded in 2002 they have used their expertise to get where they are today with their SSDs competing against some of the best HDDs on the market.

Following on from their Vertex 2 SSD they have just announced its next generation line-up of SSDs the Vertex 3 and the Vertex 3 Pro, both promising to double the performance of the previous generation SSDs.

According to Geeky Gadgets, OCZ are claiming that their next gen SSDs have the highest IOs per/s and highest sequential write and read speeds in the industry. The two Vertex 3 drives are designed for enterprise and PC and target performance applications with a 6GB/s SATA interface. More details about the SSDs can be found at Tom’s Hardware. 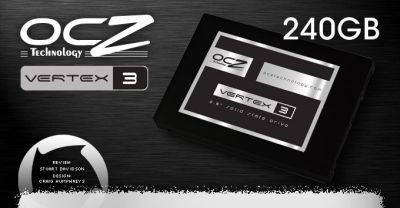 The official press release states the OCZ’s Vertex 3 range will feature at the CeBIT event in Hanover, Germany next week. The Vertex 3 SSDs come in two sizes, 240GB and 120GB while the Vertex 3 Pro versions will come as 400GB, 200GB and 100GB. For more information read the full article here at OCZ Technology.

Let us know what you think of the new range of SSDs from OCZ. Do you think their production means the HDDs will become obsolete soon?