The Oculus Rift price has now been confirmed at $600, with pre-orders now live on the official website following on from the earlier reported countdown.

The next thing that you need to do now, is check whether you have a PC to actually support Rift. The developers have set up a Oculus Rift test to check the PC specs requirement, as you’ll need a powerful rig if you want to have the ‘best experience’ with the tech when it is launched in March.

If you go to this website, you can download a safe Oculus Rift compatibility tool which will analyse your current hardware and instantly tell you if you can support Oculus Rift or not. 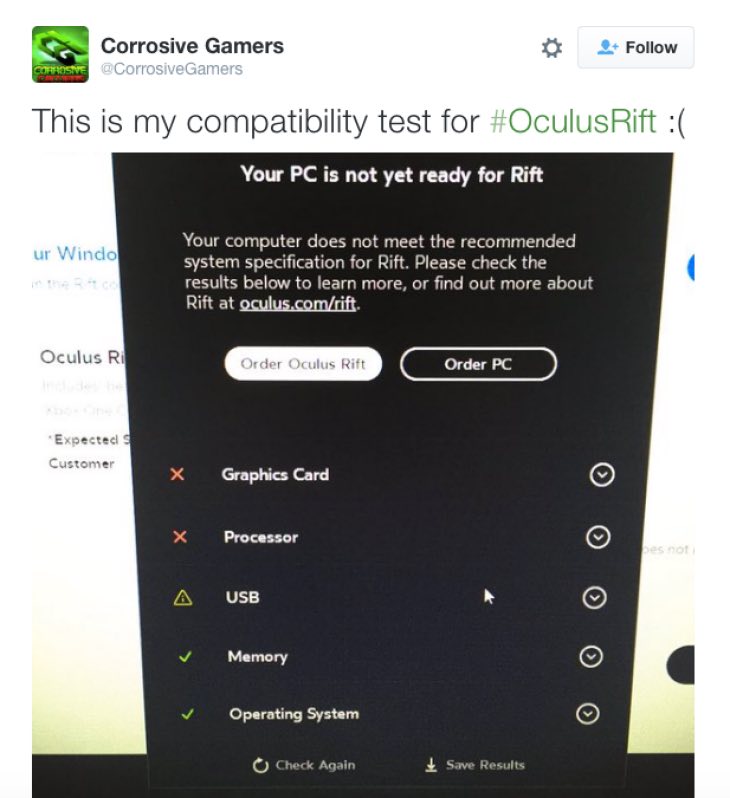 As many users are finding out though, it is proving to be a difficult challenge to receive all five green ticks on the test as you can see from the example above.

Digging further on the official Oculus Rift site, we can see that the developers have also revealed the Oculus Rift recommended PC specs.

Take the Oculus Rift test now and let us know if you have the hardware to support the VR headset properly.