The moment is almost here for those looking to buy the Oculus Rift online for personal use. Everybody wants to know what the Oculus Rift price is and in a matter of hours that information will finally be known.

A countdown is now live on the official website, revealing that you can pre-order the Oculus Rift VR headset on Wednesday January 6, 2016.

The price has still not been revealed, but brace yourselves to pay a minimum of $350 after hints from founder Palmer Luckey suggested that consumers may even need to pay more than this due to its ‘superior technology’ featured within. 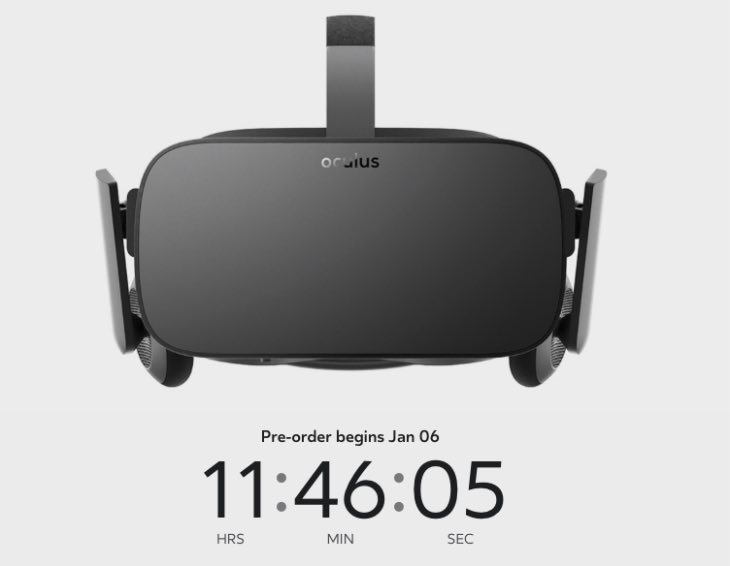 Some are even predicting a $600 price for the Oculus Rift, making it out of reach to many who would feel that their entry into VR is too expensive to take that plunge.

Once the countdown is up though and the Oculus Rift pre-order time at 8am Pacific Time is live, you’ll know once and for all.

Original backers of the project on Kickstarter will be receiving a free final unit as a gesture from the developers, which is good to see after the Facebook acquisition.

Will you be buying Oculus Rift on Wednesday – what price would make you click buy?