If we were to tell you that you could get a Windows 10 PC the size of an iPhone 7, but at the cheaper price starting from $559, we are not certain you would believe us. Well, it’s true because the Ockel Sirius A Windows 10 mini PC has reached its target on Indiegogo and then some, and so its release date is looking good for May 2017. 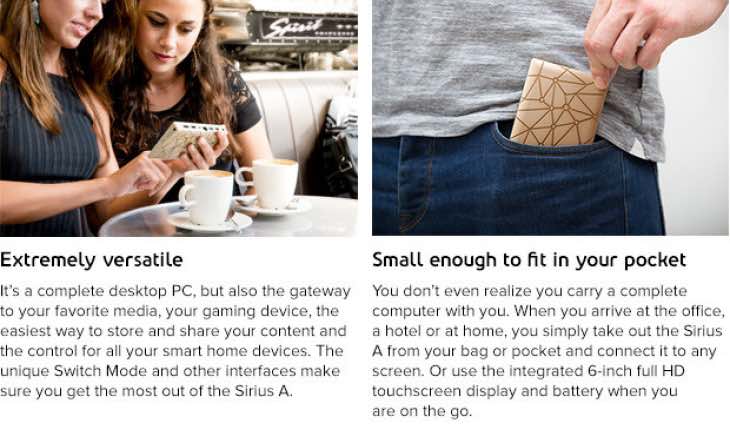 The original figure for this crowdsource project was $100,000, but with 23 days still left to run has achieved an astonishing $252,935 USD so far, and so who knows how much the final figure will be.

While the company behind the project only said on Indiegogo that they expect the small, Ockel Sirius A Windows 10 PC will start shipping in May, now that the set target has been met – well there are no excuses for it to be delayed is there?

Rather than go on too much about the Ockel Sirius A specs and how great its features are for such a small device, it’s far better to head to the Indiegogo page where there are far more details, and also an introduction video.

It’s also worth noting that if you do back the campaign, then you will receive a 29 percent discount of the final price, as it’s meant to be $699, and you will be paying just $559, which does include delivery.