Those of you that require the ability to run a NWEA MAP test on either tablet or computer can do so with an app by Northwest Evaluation Association, as seen on both the Apple App Store and Google Chrome web store. The apps on offer seem to be almost identical, in fact the NWEA MAP test app for iPad and Chrome have the same login and both received an update last in July 2016.

The NWEA MAP testing app will allow the user to measure Academic Progress, AKA MAP, and the ability to track MPGs (known as MAP for Primary Grades). When you first install the application on either of the said devices, you will first need to login and any student access will need to be enabled by a proctor. 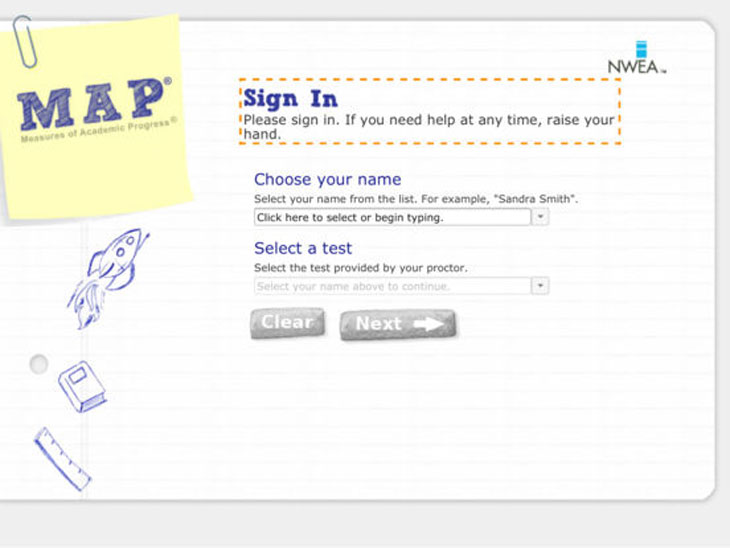 Those that don’t know much about MAP, in a nutshell it will allow a personalized assessment thanks to adapting to the student’s level of learning in a precise manner. Also, the students progress will be measured and growth tracked for the said individual with results delivered in as little as 24 hours.

Lack of Updates – The last NWEA MAP test app update for iOS/iPad delivered a way to print the End of Test Report and also the ability to user the application on an iPad Pro. It’s a shame there hasn’t been many updates within the last year and we hope that changes in 2017, especially considering users reporting problems in the last few months.

Mixed reviews for the NWEA MAP apps – We’ve seen a number of mixed reviews for this application on both Chrome and iOS, with some users finding everything working “perfectly”, and others pointing out glitches and problems like the app stopping testing sessions if you accidentally leave it. Other issues users point out is an “ugly” user interface, and lack of bug fixes.

You can download the NWEA MAP test app and login on iTunes here and the Chrome Web App Store here. If you’ve been hands-on, please leave a comment below with your rating, feedback, and personal review.