NVIDIA’s CES 2015 keynote showcased further insight into the Tegra X1 and some technology websites have already been hands-on to give the new chip a test, along with comparing benchmarks to Apple’s A8x chip found in the latest iPad Air. The NVIDIA Tegra X1 vs Apple A8x debate will receive mixed reactions, but to many it’s going to crush the performance of Apple’s offering.

While the Tegra X1 will arrive in cars, gaming systems, PC and home theater, it will be some time for the real world use is revealed during consumer practice. The first products will reach consumers with NVIDIA’s Tegra X1 within the first half of 2015, although some raw performance has been showcased after hands-on’s and an official demo. 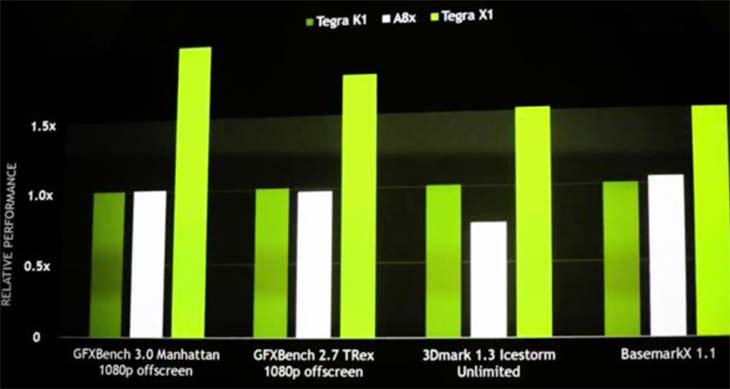 NVIDIA Tegra X1 vs Apple A8x – real world tests will be a number of months away, but the chart above gives you a quick look at relative performance between the Tegra X1, K1, and Apple’s A8x from NVIDIA’s findings. The results will depend on each task performed, but the X1 pretty much doubles the K1 graphics performance.

We have included a NVIDIA Tegra X1 hands-on demo in a video below this article thanks to benchmarks from HotHardware. They state, the new Tegra X1 mobile processor is “twice as fast as Apples A8X”. You can also see a second video, which is from the CES 2015 keynote and showcases NVIDIA’s Tegra X1 specifications. 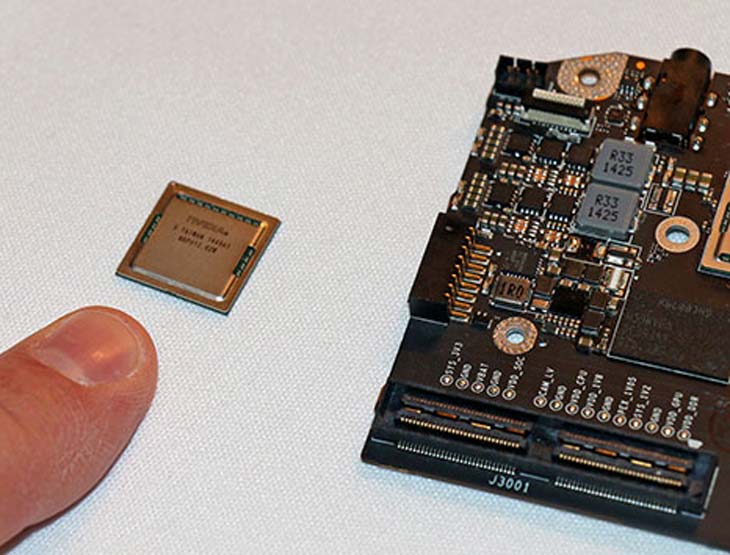 You can expect to see the Tegra SHIELD tablet upgraded to include the X1 hardware at some point this year. It’s unclear when many of the products will arrive featuring the Tegra X1 chip and NVIDIA is keeping tight lipped on timeframes other than 2015, although it’s certainly in full production right now.

What products do you hope to purchase in 2015 with NVIDIA’s Tegra X1 inside? Take a look at the benchmarks video below and then leave a comment, or take a look at further benchmarks in this article.