The Nvidia Shield tablet is already available to buy in the US and has been for a little while now, and we can be sure those of you in the UK have been sitting around waiting for when you will be able to get your hands on this tablet with a difference. There is not long to go now, as the Nvidia Shield tablet UK release date is the 14th of August for the 16GB Wi-Fi model and the 1st September for the 32GB Wi-Fi/LTE model. Just so you know, the latter is yet to be released in the US.

Even though the Shield tablet has not been on the market for long, consumers now have a good idea of what the new gaming tablet can do, from what we have seen from several review videos, this is going to be a very popular tablet indeed.

If you do want to get your hands on one of these tablets in the UK, then you will be pleased to learn that its price is not too expensive in the grand scale of things. The 16GB Wi-Fi only model is to cost £239.99 on the 32GB Wi-Fi and LTE just £60 more at £299.99. This is a little more expensive than some tablets of an equivalent size from some of the big players in the mobile market, such as Samsung. Details on where you will be able to buy the Nvidia Shield tablet in the UK can be found on the official website. 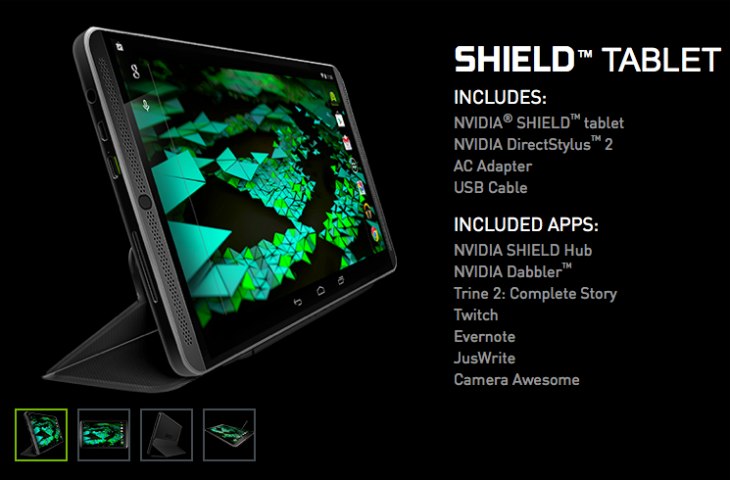 However, you need to remember that this is no ordinary tablet, as it is packed to the brim with hardware with one thing in mind, and that’s gaming.

Ask yourself this — Is the Nvidia Gaming Shield worth the price considering the tablet has an 8-inch 1920×1200 Full HD multi-touch display, 2.2 GHz ARM Cortex A15 CPU, an NVIDIA Tegra K1 192 core Kepler GPU, 2GB of RAM, front-facing speakers with a dual bass reflex port for extra sound and a built-in mic, perfect for online gaming?

If you are still sitting on the fence and need to know a little more about its performance, then this NVIDIA Shield tablet Vs PS4, Xbox One potential article should help you come to an informed decision.