When it comes to gaming on an Android tablet or iPad there are always going to be limitations because the likes of Samsung and Apple have to consider various factors, and so you will never get the best gaming experience available for a tablet. However, when you bring the NVIDIA Shield into the equation, it’s then that things could start to get interesting.

NVIDIA is highly respected in the gaming world and for good reason, and the release of Shield gave us a whole new concept on this favorite pastime. We were not surprised to hear that work had begun on the NVIDIA Shield gaming tablet, and now the evidence is gathering as to an imminent release.

Even though this tablet has yet to be officially announced, this has not stopped rumors of its existence and a recent FCC filing, as well as the device appearing on the Global Certification Forum website makes us wonder if it will be released very soon? 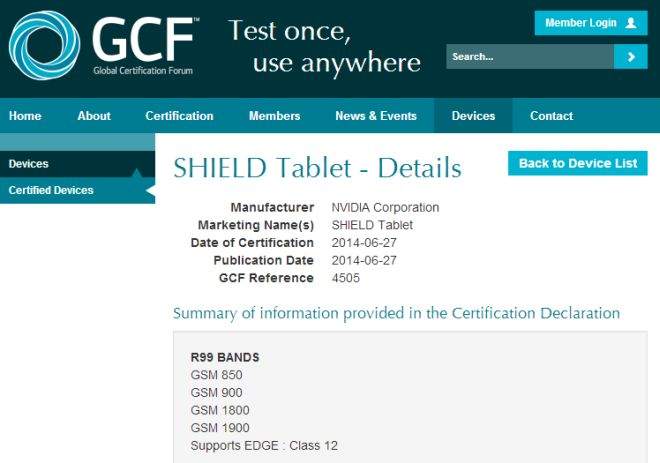 This is now two pieces of strong evidence that the NVIDIA Shield tablet will be unveiled soon, but how long is a very tough question to answer.

For those of you have not heard of this tablet before today needs to know how important of a device this could be. This is because it has been rumored to support NVIDIA GameStream technology, which would allow you to stream PC games direct to this tablet.

Details have been very sketchy, but when looking at possible NVIDIA Shield tablet specs, it is the Tegra K1 CPU along with 192-core graphics that has us very interested indeed.