NVIDIA has decided against including a charger with the K1 with the argument that it will mean cutting the price of the tablet by £18 or $30.

As a result, you can buy an optional accessory for the NVIDIA Shield tablet K1 with the World Charger for $30 or £17.99 – although truth be told many of you will already have plenty of micro-USB cables lying around to charge anyway.

With the charger debate aside, this is still a very impressive device at the new price point of £149 or $199. 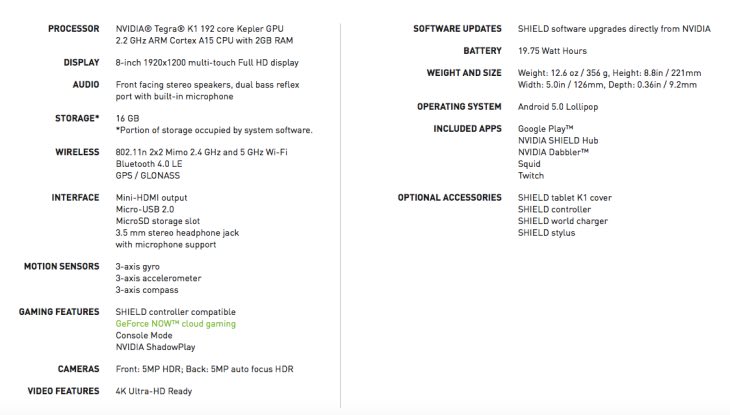 We’ve included a quick glance at the main NVIDIA Shield Tablet K1 tech specs above to give you an idea of how powerful this 8-inch slate is.

NVIDIA claims that it is faster than most of the market leading tablets right now, with its
NVIDIA Tegra K1 processor, which combines a 192-core NVIDIA Kepler GPU with a 2.2 GHz quad-core CPU and 2GB of RAM for ultra fast performance. 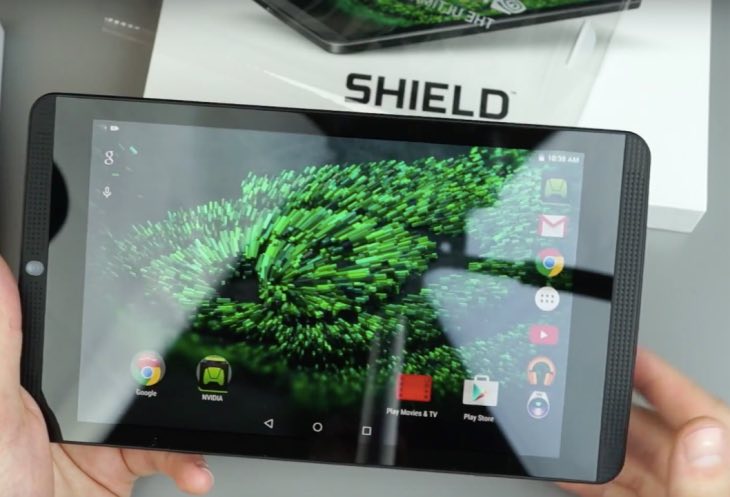 More information on this tablet is available at NVIDIA’s official product listing here. We’ve included a hands-on video review and unboxing from Droid-Life below, to show you what you’ll get inside the box.

Let us know if you are interested in this – you can buy one right now on Amazon UK ready for launch on November 19.

Is the lack of charger a problem for you, or is the base price the most important aspect since we can see that this is causing a real debate online right now?