It hasn’t been long since the Nvidia Shield tablet was released and while it may seem fun at first to use the gaming device without a protective cover, one mishap and your day could be ruined. This is the reason why you need to protect it, and so we have found an ideal Nvidia Shield tablet case from IVSO.

This case is very different to some of the others on the market, as it is not only tough, but looks pretty good as well. It’s made from premium PU leather on the outside add a bit of luxury, while the interior has microfiber for protection. 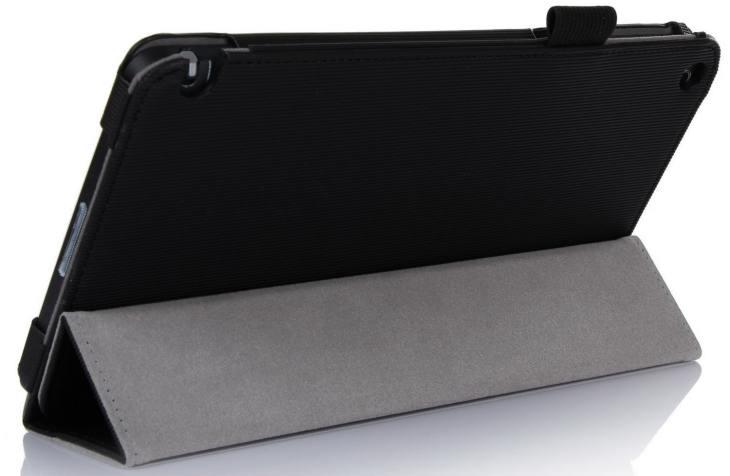 You will notice in the image cutouts for some of the controls and buttons, along with a built-in stand. Some game swill require you to hold the Nvidia Shield gaming tablet in your hands, but it is nice to have the option to place it down for other games that does not require so much interaction.

Don’t worry about the case inhibiting full access to the tablet, as the design has been well thought out, and will give you that added peace of mind that it has some limited protection. A word of warning, don’t expect to drop it from a great height and survive without a scratch, as this case is not made for that sort of abuse.

There are several places where you can get this case, and if you hurry, you might be able to take advantage of a huge Nvidia Shield tablet IVSO case price drop. Instead of $29.99, it is now just $6.9 from Amazon.