While we might not be able to offer a hands-on Nvidia GeForce GTX 1060 review just yet seeing as though the Pascal-based graphics card was only recently revealed, we can offer a brief review of those specs, as it’s those specifications that give you a better understanding of just how well it will be able to compete with rival cards.

In terms of speed, we’re told that when it comes to the GTX 980 Vs 1060, the latter is faster thanks to being based on the new GP106 chip. The annoying thing is that Nvidia have yet to share many of those performance details with us, and so we will just have to wait until its release.

Speaking of which, the Nvidia GeForce GTX 1060 release date will be on July 19 and will be available from manufactures such as Asus, Gigabyte and Zotac. 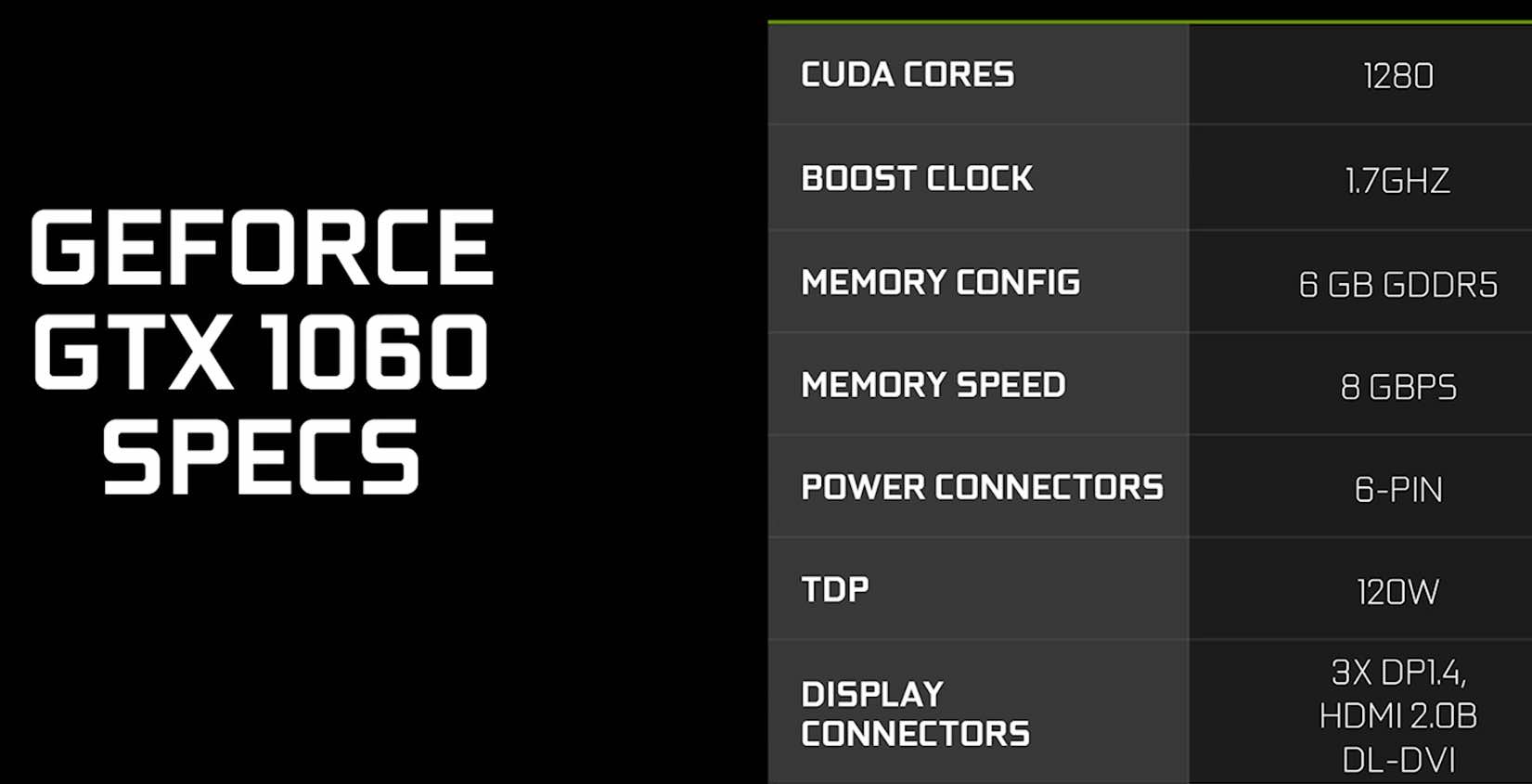 As for those all-important Nvidia GeForce GTX 1060 specs we can tell you that it comes with 1280 CUDA cores, 6GB of GDDR5 memory that will run at 8GHz and a boost clock of 1.7GHz, although could even be turned up to 2GHz and higher according to Nvidia.

That’s pretty much all we can tell you in terms on its specs for now, but we do have another piece of information, and that is the Nvidia GeForce GTX 1060 price, although only the founders edition, which is said to be £275/â‚¬319/$299.

For more information check out the Preview video below.