Self-driving cars seems to be a real hot topic at the moment, and for those that assumed the technology is still many years away because of the lack of supported technology, then NVIDIA has managed to make you rethink that assumption. The company, which is better known for making graphics cards, already has a deep affiliation with Tesla, as its technology can be found on its digital displays.

You might be wondering why we would be bringing this up now, well the fact of the matter is NVIDIA has recently teased its Drive PX platform, which is all set to go on sale from May at a cost of $10,000.

Drive PX is a platform designed for self-driving cars and makes use of two Tegra X1 processors, which is said to produce around 2.3 teraflops of performance. While the technology will be openly available to any carmaker that wishes to develop a self-driving car, we would assume that Tesla would be one of the first to make use of the new platform, as they already have experience with working with NVIDIA’s systems. 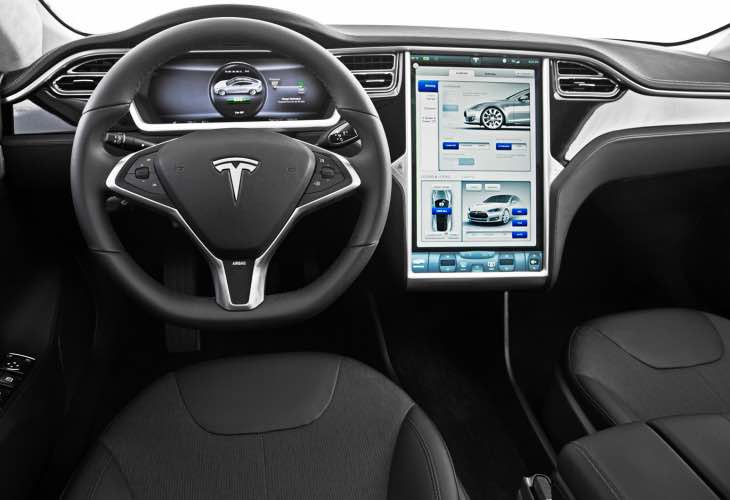 What makes the Drive PX platform ideal for self-driving cars? Well, this system produces enough performance to run 12 cameras at once to help aide an all-round view of the car, pedestrian detection, collision avoidance, cross-traffic monitoring, driver-state monitoring and even mirror-less operation.

However, we believe that what will make this technology more appealing is the fact that it is said to be around 3,000 times more powerful than DAVE, which is DARPA’s autonomous vehicle technology.

Speaking of self-driving cars, Elon Musk has been getting vocal once again, by saying that when such vehicles are more commercialized, then Tesla will be the carmaker at the forefront of this technology, although we guess that Apple has a different opinion, if rumors of them getting in on the action are true.