A few weeks ago we told you that EMI had just announced that it was in fact turning its hugely popular Now! That’s What I Call Music franchise into a video game series for the Nintendo Wii. Although we were able to name a few of the artists that will be featured in the upcoming game, we were unfortunately unable to provide details on the songs that would be included.

That is until today anyway!! According to a recent article by James Batchelor over on the mcvuk.com website, the full track list for the Now! That’s What I Call Music: The Game has now been unveiled. The game will now only feature 20 songs that gamers can both sing and dance to, it will also contain 5 ‘dance-only’ tracks and 5 ‘singing-only’ songs.

The singing / dancing track list includes songs such as ‘All Night Long’ by Alexandra Burke, ‘Happiness’ by Alexis Jordan, ‘Ridin’ Solo’ by Jason Derulo, Eliza Doolittle’s ‘Pack Up,’ ‘The Club is Alive’ by JLS, Flo Rida’s ‘Club Can’t Handle Me,’ Lady Gaga’s ‘Born This Way,’ ‘Cooler Than Me’ by Mike Posner, ‘Mr. Saxobeat’ by Alexandra Stan and ‘Price Tag’ by Jessie J.

If none of the above tracks appeal to you, then you might be pleased to know that it also includes ‘Changed the Way You Kissed Me’ by Example, Ne-Yo’s ‘Beautiful Monster,’ ‘Dynamite’ by Taio Cruz, ‘Whip Your Hair’ by Willow Smith, ‘Only Girl’ by Rihanna and ‘Written In The Stars’ by Tinie Tempah. The ‘Dance-only’ tracks include ‘Louder’ by DJ Fresh and ‘Bounce’ by Calvin Harris.

The other three ‘dance-only’ tracks are Yolanda B. Cool’s ‘We Speak No Americano,’ ‘Dirtee Disco’ by Dizzee Rascal and ‘Barbara Streissand’ by Duck Sauce. As for the singing-only tracks, these include ‘All Time Low’ by The Wanted, ‘When We Collide’ by 2010 X-Factor winner Matt Cardle, ‘She Said’ by Plan B, ‘Please Don’t (Let Me Go)’ by Olly Murs and ‘Billionaire’ by Travie McCoy featuring Bruno Mars.

Will you be buying the Now! That’s What I Call Music: The Game? 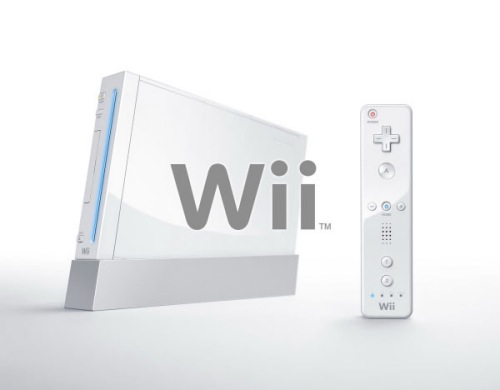