You may remember a few days ago that HP was discontinuing their TouchPad tablet device, and looks to be no longer offering any new webOS devices. One reason why these products have not been doing so well is due to the lack of apps, which has led to people asking if there will ever be Android support? Well we can now tell you that an Android version of the HP TouchPad is now available.

However, it is up for auction on eBay, but is does show you that it is possible. This is a good sign that Android support is now possible, but should you really take that chance to get yourself one of these Hewlett Packard tablets – if you still can that is? At this current stage it is hard to know, but then again if Android does make its way to the TouchPad fully then you would have missed out on a great opportunity. 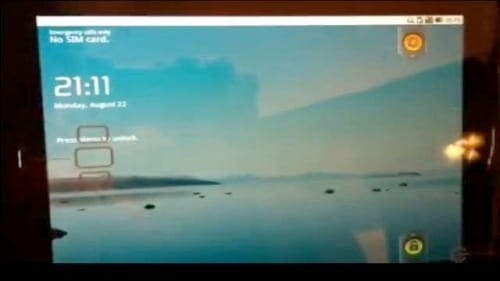 Put it this way, $99 or £89 is not a lot to pay, so we believe it is worth the risk. Just think in a few days, weeks or months you could have yourself a tablet device that will be able to hold its own against the PlayBook, all for a fraction of the cost and with far more app support. We would not advise you to purchase the TouchPad that appears on eBay just yet, as the current bid is now up to $1,025.00 and still has less than two days to go.

Now we cannot understand why anyone would want to purchase the HP tablet for that price, maybe they want to see how it manages to run Android and then figure out how to make it available to the masses — what other rational explanation could there be?

As we mentioned above one of the main issues with the TouchPad is its apps — or lack of them to be precise. Well ZDNet is reporting that HP has made 6 apps free for a limited time only; these are as follows: Glimpse, Kung Fu Panda 2 Storybook, Big Boss, Sparkle HD, Camera for TouchPad and finally Audubon Birds.