The Notion Ink Adam update to Eden UI, which includes Gingerbread 2.3 has been officially announced; although a release date is yet to be set. There will be a number of new features that will certainly make the new OS update worth the wait. Some of these include the ability to over-clock Tegra, new multi-tasking environment, resolved usability issues and so much more.

We can still remember one of the previous updates, it was bricking the Notion Ink Adam, but we are sure that such an issue will not happen again. The idea behind shifting to Gingerbread is because they want the kernel to be as close to Honeycomb as possible; once this is done then the Notion Ink Adam will become a far greater tablet.

Saying that, the specs are already better than the iPad 2, and we recently discussed that they could even be better than the future iPad 3 — but that is all speculation. The current OS does not have anything decent to offer in the way of music-video player, but this latest update will rectify that and bring with it an equalizer and support for other such features. 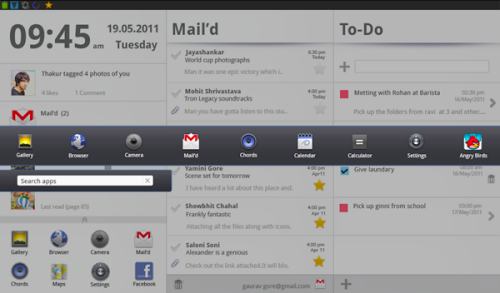 The new Eden UI will be fluid and be able to handle a great number of databases. However, the best part of the update is with the Eden UI itself, and how it stops the mobile OS from being static. For a greater understanding of this visit the Notion Ink Adam Blog.

Will you update your Notion Ink Adam right away, or wait to see if there are any issues?