Football fans that support the likes of Manchester United, Man City, Chelsea, Liverpool, Arsenal to name a few will only wish to receive news on their chosen club. However, there are other fans who would rather keep an eye on rival teams as well, and so this is where the Sky Sports Live Football Score Centre app for Android and iOS comes in.

This app recently received an update allowing users to receive notifications on up to four teams, which is very useful if a rival team is starting to creep up on you. It is also a great tool for when you are at work or out with fiends and you wish to banter with others about how terrible their team is doing. 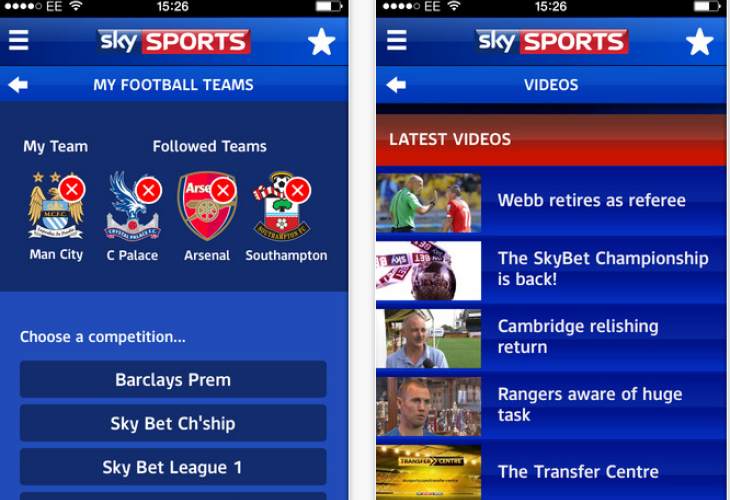 Another improved feature within the app is match pages, as it now includes previews, form guides, enhanced stats and reports. The Sky Sports Live Football SC also has an all-new interface, and has seen a few bug fixes.

However, it is the new latest odds from Sky Bet that has not gone down well with users, as some of them had said it is terrible and should be removed, saying that leaving out quick check point for league tables for a betting tab means money comes before service. We have already heard from some people who had this app and now moved over to the BBC app, but what do you think of the latest update and that controversial new feature?