Parents around the world might find Norad Santa Tracker not working right now with kids asking why there’s problems on Apple iOS devices, like the iPhone and iPod touch. While we haven’t noticed the Norad or Google Santa Tracker servers down today, it’s true that the apps aren’t running so smooth and many face what seems to be freezing or non responsive issues.

After downloading the iOS 10 version of Norad Santa Tracker, we also found it not working and just couldn’t get past the world screen. The menu works, but clicking anything while looking at the Earth just didn’t work. It’s unclear if this is a wider issue with the Norad Santa Tracker app, just iOS 10, or something else.

Have you had problems using any Santa Tracker apps or online servers on 24th December 2016? If you too found any of the popular services not working, let us know which in the comments and exactly what issues you had. There will be millions of children using Santa Tracker today and wondering where is Santa right now? 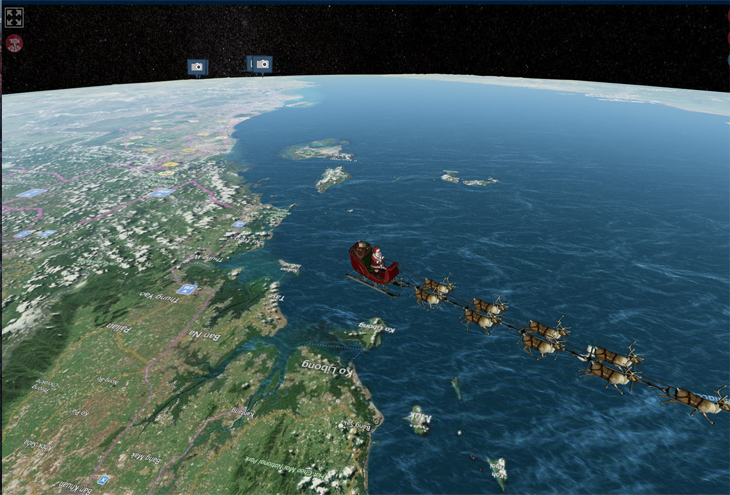 We reached out to those behind the Norad Santa Tracker app for comment, but don’t expect a comment right away considering this is the busiest day of the year for their service.

It’s worth noting that you can also search Google for “Santa Tracker”, which will allow kids to access the map showing where Santa is right now through Google’s own service. Also, Apple has a Santa tracker on their Maps application too! At the time of writing Santa just left Australia and is expected in the UK within 10 hours, he’ll then make his way around the world to every country including the United States a bit later.