The Nook Color is a great little device but has it just got better? We have done a comparison before between the Nook Color and the Amazon Kindle, where we were asking you, which is the better device? We also brought you our thoughts on how the Nook Color could possibly become a game changer. Well perhaps now it could be!

Nachiket Mhatre over at techtree.com has reported that the $250 device has been hacked and has been spotted running the Android 2.2.1 OS. This is brilliant as the so called e-reader is more than up to the task of being a decent little Tablet PC, it has an 800MHz processor, a capacitive touch screen display with 1024 x 600 pixel display as well as 512MB of RAM. You can see a video of the device running the OS at the bottom of the article. 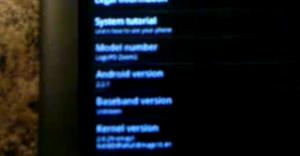 It is great to see someone moving it away from the Barnes and Noble’s own Nook UI and actually putting the device to the test. It also makes for a great cost saving, especially when you think of the price of the current Android tablets out there. Nice work!

What do you think of the Nook Color being hacked and running the Android 2.2.1 OS? Let us know your thoughts in the comments below.