So far, the Nook Color has been sitting quietly behind the Kindle in terms of e-reader popularity, not to mention the iPad. A recent hack that allowed the installation of Android caught a few eyes, but it has recently been revealed that this hack could damage the unit or worse, explode!

I’m not kidding either. Froyo and Angry Birds running on a Nook Color (see the video below) may seem pretty inconsipuous, but it can be rather passive-aggressive to say the least. Let me explain.

A standard, unmodified Nook Color will automatically shut itself off if it believes that its battery is too hot. It’s a safety precaution, naturally. Installing Froyo is no easy feat either, as once it is finally on the device, the Nook recognises it and shuts off.

So how can you get around this little problem? Disable the Android battery service of course! In case you were wondering, it is a service that monitors the battery temperature, obvious I know. 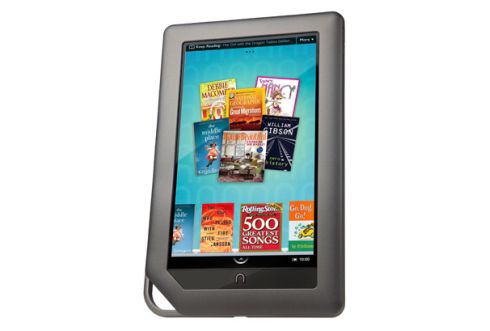 Anyhow, now that the battery service is disabled, the likelihood of the battery overheating (therefore damaging the unit), or the worse case scenario — exploding — has significantly increased.

Naturally, we do not promote or advise the hacking of any device, but we know you do it anyway. Even Jesse Vincent who initiated this hack advises against it until they have found a successful workaround as they said it is not quite complete. I think that it’s quite some way off if it has a chance of making the device blow up!

Could make do for an impressive firework display though. What are your thoughts on this?