If there is one player due for a FIFA 17 upgrade when the game ships in September, it is probably Spain international Nolito. The Celta Vigo winger has just signed for Manchester City, adding to Summer transfers such as Gundogan who has already been confirmed.

Nolito was arguably one of the best top 10 cheap wingers to buy in FIFA 16 and he was one of the highest rated non rare gold cards with his 82.

After his good performances, EA may decide to upgrade him to an 83 card and finally make him a rare-gold for FIFA 17. Do you think this would be justified, as a lot of talk on social media still say he is very inconsistent. 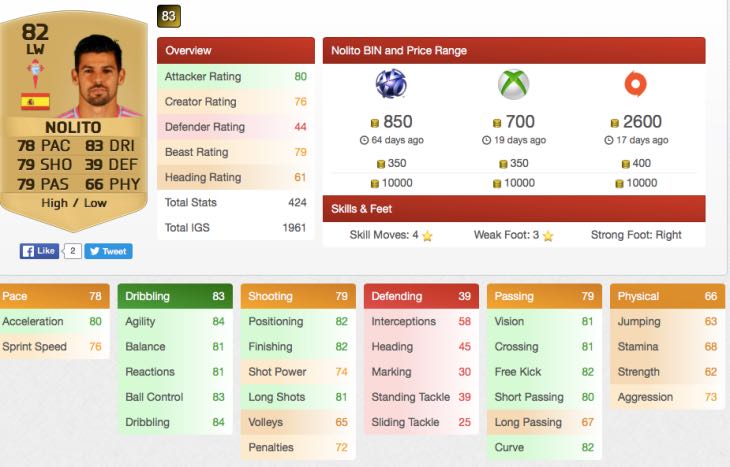 His 82 card on FIFA 16 had great overall stats and also great free kick ability, meaning his FIFA 17 card is going to be even better. Featuring for Spain during Euro 2016 won’t have harmed his chances of a FIFA 17 upgrade either.

What are your thoughts on this new Man City transfer – does this mean you’ll replace Samir Nasri with Nolito in your squad?