There are more rumors that Nokia could start running Windows Phone 7 OS on its devices. This is not the first time these rumors have been doing the rounds, back in September we reported that such a move could be happening. But then last month the Android operating system was mentioned as a possible choice for Nokia.

Digital Trends has an article saying why Nokia and Microsoft doing an exclusive deal is a bad idea, and think merging the two together would be like ‘tying two drowning people together’.

Nokia still does well around the world in the low-end market, but has almost no presence in the US. Microsoft has had problems with Windows Mobile, but they completely rewrote its mobile software, which gave us Windows Phone 7.

Tying itself to one company is not a good idea for Microsoft, as its main rival is Android which can be found on many different manufacturers handsets, and Microsoft should keep to the same concept. Nokia has recently been working on the new MeeGo OS, so it would surely want to see how that goes before doing an exclusive deal. But it would still benefit both companies’ if they were to join forces on a few handsets. 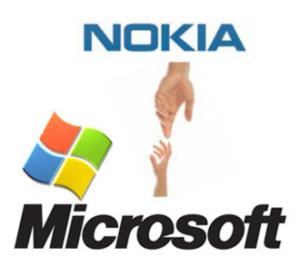 The speculation about a Nokia and Microsoft tie in certainly didn’t hurt Nokia’s share price. According to The New York Times, the share price has risen more than four percent this week. News of any such deal could become official in London on February 11, when Nokia’s chief executive Stephen Elop speaks to investors.