In about a week’s time customers will be able be able to enjoy the latest offerings from Nokia in the form of the Lumia 800 and 710. These two Windows Phone 7 powered smartphones have been getting a lot of attention lately, with the slick operating system promising great things. In the build-up to the release of these devices, another name has cropped up online, the codename Champagne.

Reports are suggesting that Champagne could be the next WP7 handset from Nokia, although it is thought that the name is likely to change upon announcement as their primary WP7 devices did, having simply been known as Sabre and Sea Ray whilst in development. According to Cnet the name first appeared in code for the I’m a WP7 app along with a list of other phones including the likes of the HTC 7 Mozart. The app is designed to show users where the nearest people using a WP7 phone are to you, anywhere in the world.

The current share that the Windows Phone OS has over the smartphone market at the moment is miniscule in comparison to iOS and Android but the company behind it, Microsoft, will be hoping things will be better with Nokia devices hosting the software. Its key features include Xbox Live integration, which will appeal to a huge number of Xbox 360 gamers, and Microsoft Office hub which will appeal to the great number of people who use these programs for their documents.

The most current Windows Phone version is 7.5 Mango. The Champagne is expected to be running Windows Phone 7.10.8711 which is thought to be the Tango update, the next version. Reports suggest that the version after that will be known as Apollo. What do you expect the Champagne to be like? Are you interested in any device from the Windows Phone range? 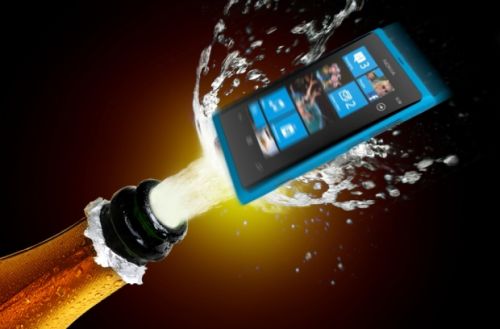