Yesterday we posted an article which told you all about the MeeGo-based Nokia N9, in this post we spoke about this smartphone’s technical specifications and its button-less design, today we will take a closer look at the Nokia N9’s looks and talk about some specs which were missing.

In terms of design the Nokia N9’s claim to fame is that it there is no front-facing buttons, this makes it the world’s first pure touch screen phone, however there are volume rockers and a camera button on the side. In terms of materials used and build the N9 features a unibody design made from the “best in polycarbonate material engineering today”, this is said to maximize antenna performance.

As we mentioned yesterday, the N9 will be available in three colors: magenta, cyan and black, also one other thing to tell you about is the fact that it uses a laminated display technology, this means that there is no air gap between the display and the Gorilla glass, so that icons appear to be jumping out at you. 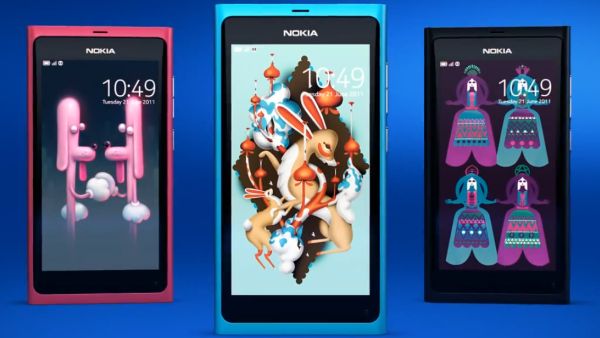 We think that as long as MeeGo delivers a rich user experience the Nokia N9 is a huge step in the right direction, that said if it is going to sold as a high-end smartphone to compete with offerings from Apple, Motorola, HTC and Sony Ericsson etc there are a few things missing, let’s start with the lack of a dual-core processor.

The N9’s 1GHz OMAP3630 processor paired with the PowerVR SGX530 GPU should deliver fast performance, however we do not know how fast MeeGo will run on this and when compared to dual-core 1.2GHz offerings currently available we have to say that Nokia may have missed the mark.

When you buy the Nokia N9 there will be both 16GB and 64GB models to choose from, like Apple, Nokia has snubbed a memory card slot, which is quite surprising, however if MeeGo offers cloud storage it is not such an issue. The only time we can see it causing an annoyance is when people want to print the stills they have taken with the phone’s 8 megapixel camera, while we are talking about the camera we have to mention that the N9 would have been even more attractive if it allowed 1080p video capture.

If you were planning on outputting your captured media to a HDTV you will be annoyed to hear that there is no form of HDMI-out, there is a 3.5mm AV connector, which for today’s standard seems a bit lackluster.

Less important things which Nokia has either not given the N9 include the lack of built-in stereo loudspeakers, Bluetooth 3.0 and Adobe Flash support, we are also unsure whether the battery will be removable.

For us the lack of Adobe Flash support and its single-core processor concern us the most, how about you?