It has been a while since we heard anything concerning the Nokia N9, and with any rumored handset we see a lot of speculation regarding specs and price. Some more alleged specifications have surfaced for the N9.

Gareth Beavis of Techradar is reporting that a Twitter conversation between two authors of Nokia blogs has thrown up some interesting information. As always such information cannot be taken for granted but may mean the device is almost ready.

The rumors are saying that the Nokia N9 will be powered by a 1.2 GHz processor, and have a 4.2 inch OLED screen. Other features the handset is supposed to have include are a 12MP camera with the usual Nokia Carl Zeiss Optics, 768MB of RAM, and a 1600mAh battery. There is also a rumored gaming engine which can display 190 polygons per second. 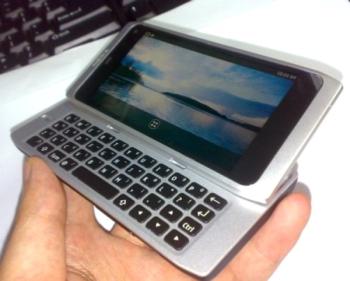 Nokia could officially reveal the handset at the beginning of 2011, but going on previous history might not be able to get our hands on the first MeeGo phone until Q4.