If you are interested in picking up one of the new smartphones from Nokia’s latest range but feel the candy colors are just too bright for your taste and the boring black option doesn’t appeal, then you will be delighted to know that their N9 now comes in a sophisticated Gloss White finish, a more elegant choice ideal for those who intend to use their device for business.

Reports that the phone would be coming in white first began earlier this month. Now the alternative version has arrived in time for the festive season, making it a white Christmas this year regardless of whether it snows or not. It can be purchased from the company for â‚¬560, that’s about £470. The original N9 range is available in Magenta, Cyan and Black, all of which are very attractive but the new version is no ordinary white as according to 3G.co.uk it has undergone a ‘special process’ in order to achieve its stunning Gloss White look.

Unfortunately due to the timing of the launch of the Nokia N9, it is unavailable in some countries including the UK. When the company announced that they would be using Windows Phone OS as opposed to their own, it meant operators in the UK would not be stocking the device and this is still the case now.

For those that are lucky enough to purchase the N9 but are unsure of what they will be getting for their money here is a quick recap on some of the specs the smartphone includes. It features an 8 megapixel camera, 64GB of storage available, a 1GHz processor and a 3.9” touchscreen. What do you think of the Nokia N9? Will you be getting the Gloss White version? 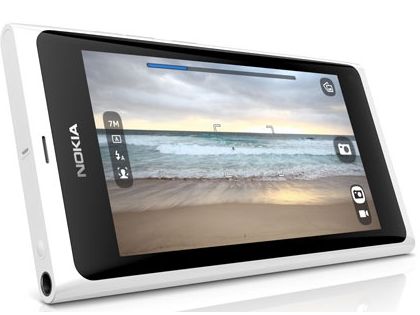