Even though it’s been well over a month since we last heard anything about the much-anticipated Nokia N9 device, it doesn’t mean that the rumors and speculation have ended. In fact, recent reports have suggested that Nokia’s new smartphone could be making its debut at this year’s MWC.

As Stuart Dredge over at crave.cnet.co.uk recently reported, it’s been known for quite some time now that the Nokia N9 will be one of the very first handsets to run Nokia and Intel’s MeeGo software. There have also been reports suggesting that the N9 will be powered by a 1.2GHz Intel Atom processor. 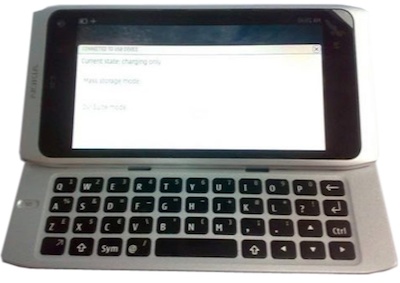 A recent article on Finnish technology website Prosessori also claimed that Nokia’s upcoming device will feature a 12-megapixel camera, just as the Nokia N8 has. Nokia CEO Stephen Elop is scheduled to give a keynote speech on Wednesday 16th February, which could be used to launch the N9.

However, the Nokia N9 may not be the only device that gets unveiled at this year’s Mobile World Congress event, with recent reports suggesting that MeeGo tablets could also be unmasked during the show. This brings me to an interesting article by Vlad Savov over at engadget.com.

An image of a device that appears to be running the MeeGo software has made its way online, and the people over on the mobile-review forums have been checking it out. As they noted, the landscape centering of the Nokia logo is atypical, suggesting it could well be the Nokia MeeGo tablet.

We can expect to hear more details about the Nokia N9 and MeeGo tablet at the 2011 MWC, which you can read more information about via the mobileworldcongress.com website. Which device are you looking forward to hearing more about?