All the talk recently surrounding Nokia has been its deal with Microsoft and Windows Phone 7, but the Finnish company has insisted it will not be snuffing out Symbian just yet, and has shown a screenshot of an update for the OS. This update will be available for owners of the N8 and other Symbian^3 smartphones.

An article by Stuart Dredge over at Cnet UK is reporting that a press conference in China had Nokia’s smartphone boss Jo Harlow talking about the Symbian OS. My Nokia Blog has images for the update which shows the new UI has a smaller battery, signal, operator info, and time at the top of the home screen. More information can be obtained by pulling down the top status bar as well.

There is also talk of new flexible widgets, it is not known what these do, but from the images they are different sizes and shapes. No information was given for when the update will go live, but Harlow promised “new devices” and improved hardware performance. 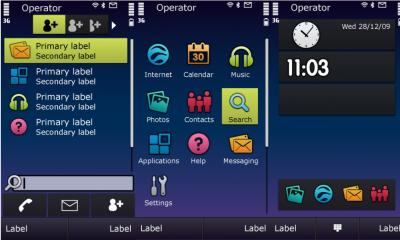 Nokia has run a recent poll asking its users what they think of the deal with Microsoft, and according to a report by David Neal over at The Inquirer, they wasn’t that impressed. The poll asked its users what new features they would like to see, and if they were looking forward to see Windows Phone 7 on Nokia handsets.

There was no options left blank and a range of suggestions were offered including Xbox games and Other. Unfortunately for Nokia it was the other option which got the most votes 22.6%, with a unique user interface pulled in 22%. The “Other” responses had a third of people not wanting the Microsoft deal at all, and to keep use of the Symbian and MeeGo operating systems.

It would seem that so far the idea of having Nokia handsets running Windows Phone 7 has not really inspired customers, but when the operating system does finally find its way onto a Nokia handset people may change their minds.