Friday was seen as a good and bad day for Nokia, good because they now have the backing of Microsoft, and sad because all of the work that their employees did over the years with the Symbian OS is now dead. It is assumed that both companies will do very well out of this new partnership, but there is reason to believe that there could be competitor share gains.

Apple Insider is reporting that Mike Abramsky, who works for RBC Capital Markets believes that this latest deal could have the opposite effect and could favor the competition, Apple, Google and even RIM. So how could this be?

Most of us assume that with Nokia and Microsoft now working together to create a better platform, it would allow them to compete more fairly with the main three. Abramsky says that the new partnership will take time to work out, and in that time Apple, Google and Research In Motion could capitalize on this new transition period. However, this new Nokia/Microsoft partnership could induce bigger battles in the smartphone market than we have seen in a while; we will just have to see how it all works out in the end. 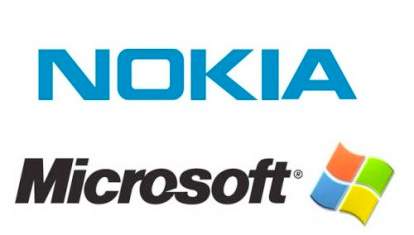 Reuters also shares some of Abramsky findings, as they also note that it will take some time for Nokia/Microsoft to bring new phones to the market (could this be it?). IDC analyst Al Hilwa told the news organization that they could be six months away, and there are fears that this new partnership could affect Microsoft’s deals in place with the likes of Samsung and LG, who have Windows Phone 6 devices already on the market.

Either way you look it there has to be more pros than cons to this deal, we will just have to wait until later in the year to see if both companies can make a go of it and take some market share away from their rivals.

Do you think that Nokia and Microsoft will be able to make market share gains, or can the other three capitalize on this transition period?