Verizon customers may be waiting for the Samsung Galaxy S4 to arrive, but Nokia has decided to throw a spanner in the works by officially confirming a Verizon release date for the very impressive Lumia 928 smartphone. Even better, we can confirm that the device will now be available to buy on Big Red as early as this week, after a series of social video teasers.

If you have been keeping an eye on Nokia’s upcoming flagship, you would have seen the recent video capabilities that Nokia touted for their Lumia 928. The company attached the device to a remote control helicopter and proceeded to film the surrounding scenary with stunning results.

We loved that piece of creativity by Nokia and now we’re pleased to hear that availability information in the US has now been revealed by Nokia and Verizon. The device will go on sale on Thursday May 16, available for a very low price of just $99 on a two-year contract with Verizon, with a $50 mail-in rebate. 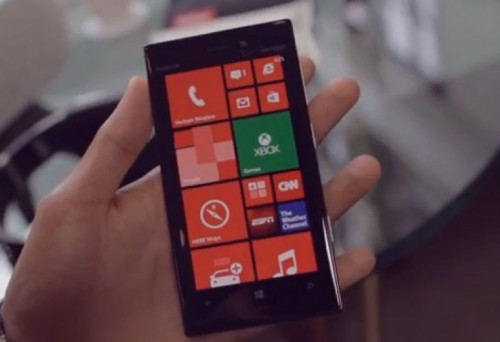 As for specs, the Lumia 928 will feature a 4.5-inch 1280×768 OLED display, 1.5GHz dual-core processor, 32GB built-in storage, 1GB of RAM, 2,000mAh battery and superior media capabilities thanks to a 8.7-megapixel PureView camera with Xenon and LED flashes, with 1080p video recording support.

Nokia has given a very useful video demonstration of the device, giving you an insight into the benefits of the display screen quality, which they have compared to an ‘infinity’ swimming pool. A new flagship from Nokia under $100 on contract is certainly an attractive proposition, but how many of you are still unsure about Windows Phone as an OS?

Let us know if you are tempted by this, or if you will wait for the Samsung Galaxy S4 instead.