With the Nokia Lumia 730 now available in India, we thought a review would be appropriate in order to help with your buying decision. There are several other handsets within this price and spec range, and so knowing what the new phone has to offer will make things a little easier. However, before we look into that, we thought you would wish to know the Nokia Lumia 730 price in India first?

When Nokia announced the Lumia 730 in India they said its price tag would be Rs. 15,299, which isn’t that bad considering the specs and features of this latest Windows 8.1 smartphone. 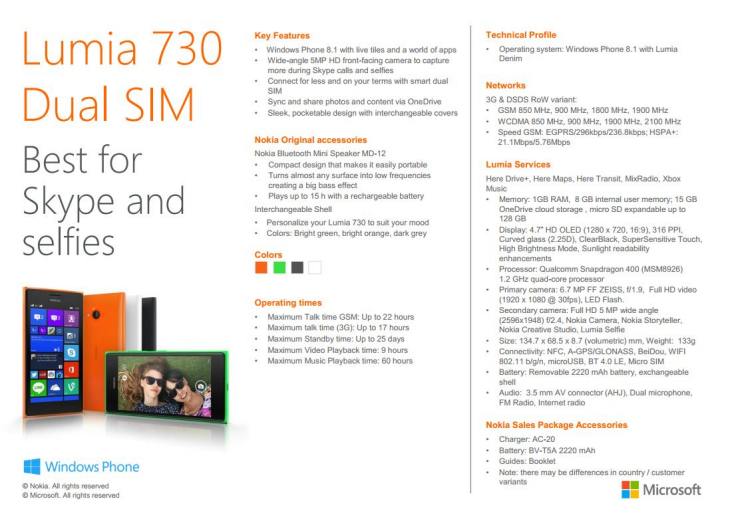 Below, we have an 18 minute video review that looks at the Nokia Lumia 730 for the Indian market, which focusses on features such as the Camera, Software and an Overview of the phone as a whole.

We know the specifications are not going to blow your socks off, but the 4.7-inch HD OLED display, 1.2GHz Snapdragon 400 series quad-core processor, 8GB storage and 1GB of RAM mixed with its reasonable price will prove an attractive smartphone for many consumers in India.

The build quality might put some buyers off, as it has a cheap rear plastic cover, and it seems far more difficult to remove to get to the battery. Having said that, what do you expect for a Nokia handset costing Rs. 15,299?