With the Nokia Lumia 2520 now starting to become popular after its release in the US and some countries in Europe, it’s time to a look at what is enclosed inside that lovely box. We have a series of videos for you to enjoy now – perfect viewing material for those interested in what Nokia are bringing to the table with their very first Windows 8.1 RT tablet.

We have been keeping a close eye on the 10.1-inch device, due to the fact that it’s arguably one of the strongest competitors to the likes of the Microsoft Surface 2, Samsung Galaxy Note 10.1 2014 Edition, iPad Air and perhaps even the soon to be released Google Nexus 10 2013 model.

Just to remind you what this tablet is capable of, Nokia has fitted one of the best processors around at the moment, with the quad-core 2.2Ghz Snapdragon 800 chip combined with Adreno 330 graphics. There’s 2GB of RAM on board, 32GB of internal storage and the option to increase this to 64GB with a 32GB MicroSD card. 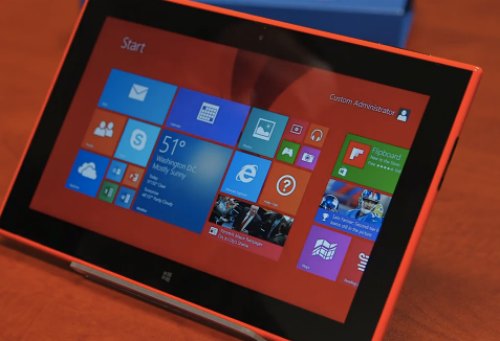 If you think this tablet is the ideal Christmas gift this year, it’s a good idea to check out two unboxing videos that we have for you. They give you an exact idea of what is included in the box and an initial heads-up on the lovely and smooth Microsoft 8.1 RT interface.

Obviously a lot of consumers are in love with the iPad Air, but would you choose the Nokia Lumia 2520 over it?