Nokia has not yet officially announced the Nokia C7, therefore I was getting a little concerned as it seemed as if my article back in June was incorrect, however a new photo has pretty much proved that the upcoming smartphone does exist.

For a leaked photo it is pretty good quality, we have embedded this image at the end of this post, and to me it looks like the Nokia N97 Mini without the slide-out QWERTY keyboard.

The photo shows a Chinese version of the handset, however you get a clear enough view of the screen to see that it will run Symbian^3, we cannot say whether this is a good thing until the N8 arrives, however I would have preferred Android.

According to Engadget our previous article was pretty accurate, an 8 megapixel camera and a 3.5 inch display are still expected, we are also reliably informed that a 1,200mAh battery will be used.

Check out the image below and let us know what you think, is the C7 going to be a success in the smartphone market? I’m not convinced, even in the mid-end market. 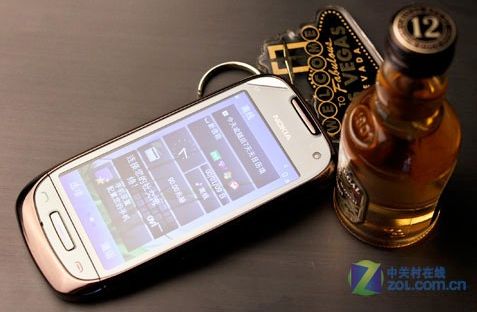