We have some good news if you are a Nokia fan now, as the company has just announced two brand new smartphones which will be available to buy before the end of the year.

As reported from Engadget, Nokia announced both handsets, along with the new E7 at this year’s Nokia World expo in London.

First up is the C6, it is another candybar style smartphone and it will be equipped with a 3.2-inch AMOLED touchscreen display. The screen is no ordinary AMOLED though, as Nokia state that it will include their new CBD (ClearBlack Display) technology, which promises better visuals when viewing the display outdoors. Other specs of the C6 include an 8 megapixel camera and 720p HD video recording.

The C7 is the more ‘premium’ out of the two handsets, and will come with a slightly bigger 3.5-inch AMOLED screen, again with CBD technology. It also comes with an 8MP camera and 720p video recording, but will come with larger internal memory than the C6.

If you are interested in either of these, Nokia state that the C6 will have an estimated price tag of â‚¬260 ($334), while the C7 will be available for â‚¬335 ($430). Head over to Engadget for a full gallery of pictures and videos. 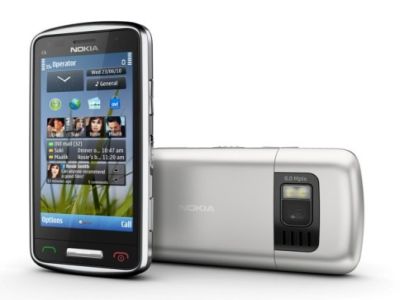