Nokia has been in the news a lot lately, mainly to do with what operating system the company will be using for future smartphones. We first had talk of the Finnish company using Android for its operating system, and more recently Windows Phone 7 was spoken about. All this is despite the fact it was developing MeeGo, which may now be doomed.

Brian Proffitt of IT World is reporting in an article, that Nokia CEO Stephen Elop has said in an internal memo “’Nokia, our platform is burning”. The memo revealed by The Wall Street Journal goes on to say that it will be a tough task to turn around the company. As reported before Nokia are planning to announce their strategy to investors on Friday in London.

Cnet’s Stephen Shankland is also reporting on the memo where Elop says the company is “years behind” its rivals. He blames Nokia itself as well as competitors for the company’s misfortunes, and states that Nokia has failed to respond not only to Apple and Android, but to cheap phones from China. 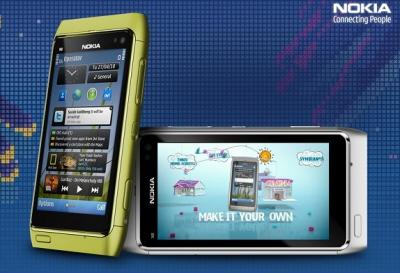 Even bigger news if true is that Nokia has dropped its first device which was going to run the new MeeGo OS. According to an article on IBN Live Nokia has ended development of the handset, according to sources close to the company. Nokia have so far declined to comment on the speculation, but some are saying that a MeeGo handset could still be revealed on Friday even if it is unfinished.

Until we hear what Nokia itself is planning for the future, we can only speculate what’s in store. Nokia are at least not burying their head in the sand, and are surely going to meet their problems head on.