Bethesda has been very quiet lately, with many gamers expecting that Fallout 4 is the next major game that is being worked on at the moment. However, we would still love to see Skyrim on PS4 though – especially when dreaming of the thought of a PS4 version coming with the creation kit.

It has been somewhat strange that we haven’t seen an announcement on this, as we are willing to bet that PS4 owners would love to play through Skyrim again if it came to PS4 in 60FPS and 1080p.

We would even be willing to pay again if it happened and we’re guessing many other Elder Scrolls fanatics would too if Bethesda could really promise extras such as the Creation Kit.

Bethesda wouldn’t have the excuse on saying that the PS4 hardware couldn’t handle it, as we can clearly see that the hardware is capable. Having Skyrim on PS4 with mods would be a sight to behold and arguably we would love to see it ahead of Fallout 4.

I really hope Skyrim comes to PS4 and works. I could use another go around in that world. And I hate to say I’m not up for paying for TESO.

If @Bethblog doesn't rerelease #Skyrim for the #PS4, it would be the biggest missed opportunity. Can you imagine the graphics?

As you can see from some social feedback above, other gamers feel the same way too. We were recently treated to a new breathtaking graphics mod for the PC version and it made us think about how amazing it would be to see similar graphics on a PS4 version. 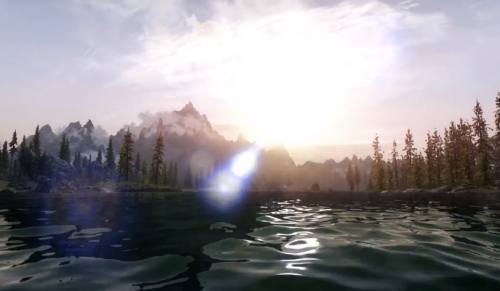 Should Bethesda re-think their decision to forget about bringing the game out for PS4 and Xbox One platforms? It looks like a missed opportunity for us if they bring out Fallout 4 next and forget all about Skyrim.

Could the main reason simply be down to Elder Scrolls Online being on PS4 and Xbox One? If that is the case, we ask you the simple question – What would you rather play on PS4: ESO or a enhanced version of Skyrim with Creation Kit support?

We know what we would choose. Watch the beautiful mod below and let us know your thoughts on the lack of Skyrim for PS4. Would you buy the game again hands down?