If you were watching the unveil of the Shelby Mustang GT350R at the Detroit Auto Show and were getting excited, then we have some bad news, as Ford is unlikely to make this available for release in the UK. To some of you this comes as no surprise, but people in the United Kingdom must be sick and tired of being shafted by these auto manufacturers.

When it comes to motor racing Britain is one of the most successful countries, not only in terms of drivers, but its engineers as well. This is one of the reasons why people have been left scratching their head as to why the GT350R will not be coming across the pond, especially as this is described as the most capable production Mustang around a track.

Once the track-inspired car is released there will no-doubt be plenty of Shelby Mustang GT350R comparisons, although we are sure its specs are more than enough to answer some of those early questions you may have. 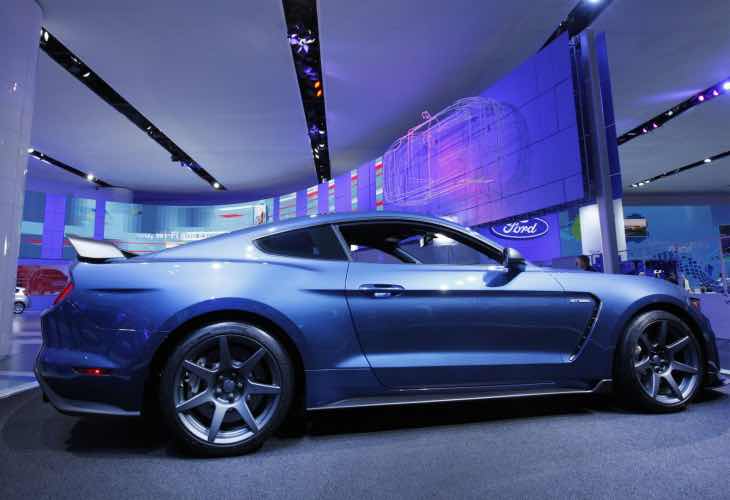 The performance specs — Supplying the power will be a 5.2-litre V8, which is the most powerful aspirated engine made by Ford, which manages to produce 493bhp and 400lb ft. of torque. Keeping all that power under control is a limited-slip Torsen differential, although no details have been given on its transmission.

Seeing as though there is now far more power this calls for upgrades to its suspension, and brakes, more details of which can be found on Ford’s press page.