WWDC 2016 kicks off on June 13 and will be the moment that we finally get to see iOS 10 and the OS X 10.11 successor, which could either be called 10.12, MacOS or macOS. Many of us believe that it would more than likely be the latter two, seeing as though it would fit more inline with Apple’s other operating systems.

As always, there are rumors of new Apple hardware announcements during this year’s Worldwide Developers Conference, and it will also be another year that we will more than likely be disappointed. We feel like we have to keep reminding people, but WWDC is more about software and what developers can bring to the new versions of iOS and OS X or whatever Apple decide to call it in the future. 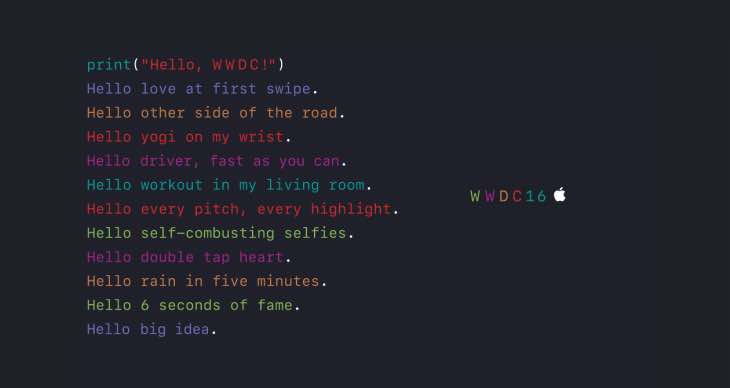 It’s for this very reason that Apple are highly unlikely to reveal any new products during WWDC in June. Ok, so there had been rumors of a MacBook refresh, but we have already seen a new 12-inch Retina MacBook, and also a minor MacBook Air upgrade – well only with increased RAM. Apple have not yet updated their Pro model or even the iMac, but if there was going to be a refresh of these models, then that is more than likely going to take place next year.

We can still remember predicting a new Apple TV just before last year’s WWDC event, and that product never appeared during the keynote either, just iOS 9 and OS X 10.11. However, the new Apple TV did make an appearance on On September 9, doing the iPhone 6s event. This surely proves that there will not be any new hardware announcements during the Worldwide Developers Conference in a couple of months time?